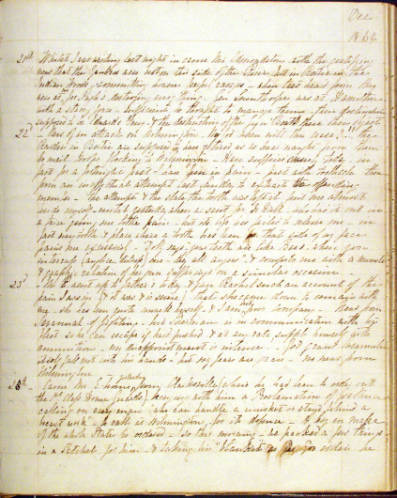 At the beginning of the Civil War, Catherine becomes deeply involved in the Confederate cause, however is unaware of the impending domestic duties that will be forced upon her in the wartime era. “ On looking back over my journal I find that for some time back it has gradually ceased to be an echo of my own doings, for I have made no mention of Plantation matters & and the thousand and one little things which Patrick’s absence devolved upon me” (Edmondston, 73). Not only did Catherine endure a re-arrangement of social relations, she instantaneously assumes a re-defined domestic responsibility of a Southern women plantation owning housekeeper.

“What would an English lady have thought of my situation & and occupation? Would the ridiculous or the sympathetic have predominated as she looked at me? And yet I was happy unconsciousness of exciting either. The occupation was not distasteful to me, for it was a necessary & ordinary duty, & I enjoyed my book none the less for my surroundings” [Item 528]

Just as Catherine assumed the role of self-sacrificing patriot for the South and strong willed loyal wife, she also whole-heartedly absorbed the various household chores, which was another form of Catherine’s ideal view of southern womanhood. On June 17th, 1863 Catherine wrote, “I like housekeeping & housewifery cares” (Edmondston, 408), however as the war progressed, deteriorating economic conditions of the South challenges her domestically. For instance, in October of that same year, she writes, “ All day grinding & boiling his Southern Sucre, out here a troublesome job, something like “ preserving” on a huge scale & in the end “great cry & little wool”, as it takes gals of juice to make one syrup”(Edmondston, 215).

Catherine understands the inevitable mandatory responsibility to embrace a frugal and self-sufficient role within her household. In December, the same month, she writes “ Very busy dying warp for Mr. E’s & my own clothes. So we have come to it & are to wear our own homespun!”(Edmondston, 502). Catherine is also able to exchange her own personal commodities, such as tea, in order to willingly sacrifice for the Southern cause. In 1864, she writes, “ Have been much interested latterly curing and & drying my own tea! Tea from my own plants & very fine indeed it is”(Edmondston, 583). Even though Catherine was among the few who did not suffer greatly from the economic struggles of the Civil War, her new domesticity re-iterated, once again, the separate spheres of men and women in the Old South that perpetuate into the Reconstruction era.