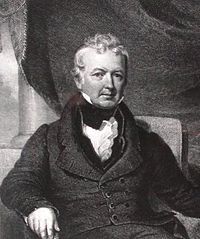 It may be stated that because of the decisions that Gaston reached in his most landmark cases, other judges evolved in their rulings to match the new mindset. J Nash, Curtis, and McLean will all be found to have used the precedents set by Gaston in their respective cases. In State v Caesar Nash concurred with the majority in establishing the grounds for another case for the slave Caesar. Additionally, in Dred Scott v Sandford Curtis and McLean used decisions to justify his dissent in the matter. In the case of State v Caesar in 1849, Nash cited the cases of State v Will and State v Jarrott in his conclusion that the slave, Caesar, deserved a new trial.(Item 617) Incredibly similar to the Will case, Nash used Gaston’s notions of the rights of slaves and limitations of the master. Moreover, in the nationally infamous Dred Scott v Sandford, McLean and Curtis cited the Gaston case of State v Hoover. In Hoover Gaston argued in favor of the citizenship of free blacks. McLean and Curtis use the ideas of citizenship in Hoover to offer their dissenting opinion on the matter of Scott.(Item 618) In their opinion they found that the jurisdiction of citizenship, regardless of race, is uniform throughout the nation. This decision is important to the notion of the rights of citizens and blacks in the United States.

Throughout his career on the bench, Gaston seemed to want to improve not only the rights of slaves, but improve the ‘justice’ they received.(Meyer) Gaston wanted to improve this lot in life within the bounds of the judicial system, however. As he said in State v Will, “It is for the legislature to remove this reproach [the lack of legal limitation on the limits of a master’s power over a slave] from amongst us, if, consistently with the public safety, it can be removed. We must administer the law, such as it is confided to our keeping,” he intended to see justice through a moral lens over the law as it was written.(Item 619) Gaston, it seemed, sought to apply not only his religious character but also his past career as a legislature and brilliant orator for the eventual demise of “the worst evil that afflicts the Southern part of our Confederacy.” Gaston vehemently stated in the address he gave to UNC that

Slavery which, more than any other cause, keeps us back in the career of improvement. It stifles industry and represses enterprize--it is fatal to economy and providence--it discourages skill--impairs our strength as a community, and poisons morals at the fountain head.(Gaston)

Gaston firmly believed in the perils of slavery. With his jurisprudence he attempted to improve the legal standing of slaves and free men of color. 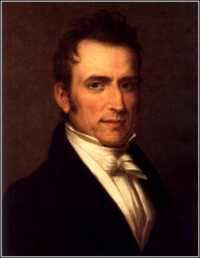