North Carolina and the Coming of the Civil War, William C. Harris

North Carolina and the Coming of the Civil War, William C. Harris

William C. Harrisâ€™s book North Carolina and the Coming of Civil War was the most useful piece of research for my project. He captures all the major events that led up to the Civil War and all the factors that North Carolina delegates had to accommodate. Much of Harrisâ€™s book talks in great detail about the emergence of the Unionist Party in North Carolina that is largely formed out of the Whig presence. He goes into detail about the process that Unionists, including W.W. Holden, took in order to gain support for the Unionist Party in North Carolina. He talks about Governor Ellisâ€™s plan to hold a convention for the General Assembly that many Unionists fear will end in secession, just as it had in the other Southern states that chose to secede. Unionists were able to hold out on the idea that Lincoln was not a threat to North Carolina and that their rights would be better protected in the Union under the constitution than in the Confederate States of America where rebellion and war would ultimately cause the abolishment of slavery. It was a strong argument that hinged on Lincoln not using force on the Southern states, but in April of 1861 the battle of Fort Sumter caused North Carolina to follow the other Southern states to secession. But it is clear in Harrisâ€™s book that North Carolina was not set on secession until Fort Sumter. 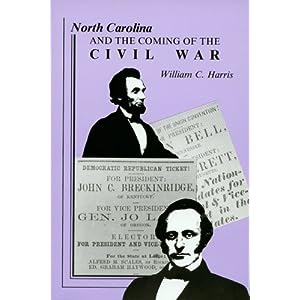