A dissertation by J.G. De Roulhac Hamilton, Ph.D. at the University of North Carolina. He writes a very dunnningite-like version of the events occuring in North Carolina and during the Kirk-Holden War. He calls Holden's actions a time of terror and condemns the Republicans for their evil and twisted methods. He doesn't necessarily praise the Ku Klux Klan, but he never condemns them either, he only accuses the Republicans as being the initial cause to the problems that would later arise.

"The inspiration for such measures was soon furnished by his evil genius, John pool. Acting upon his advice, the governor determined to raise a force of state troops and put into full effect the policy of terror which he had constantly threatened but from which he had shrunk through timidity and from motives of policy. He realized clearly that the effects of failure might be very disastrous, but he seems never to have comprehended the certainty of failure and the extent of the impending disaster. He though the spirit of the people was broken to a far greater degree than was possible, and he had expressed this feeling a little earlier by saying of the people of the state, ' they remind me of a terrapin lying flat on his back with his shell cracked; all he can do is to wiggle his tail..' Not for one instant did he comprehend the immensity of their just wrath against him and his administration, and thus guided by the villains who were his trusted advisers and impelled by a gnawing ambition, he went forward to his ruin." 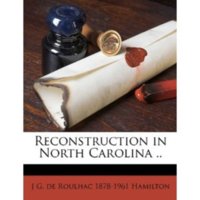