Ansley Herring Wegner’s Phantom Pain: North Carolina's Artificial Limb Program For Confederate Veterans offers a comprehensive look into the harsh realities of the practice of limb- amputation during the Civil War, and the challenges that faced veterans who returned home sans an arm or a leg. Wegner focuses her scholarship on North Carolina Confederate amputees, but spends the beginning of the book giving the reader a background of the practice of amputation during the Civil War. The author explains that 71 percent of wounds suffered by soldiers during the Civil War were in their extremities due to advancement in firearm technologies coupled with archaic military tactics. At this time, amputation quickly became seen as the most effective measure to save the life of the wounded soldier so as to not risk infection. Given the prevalence of these wounds and the practice of amputation, many soldiers on both sides returned home legless, armless, and ripe with emotional scars and a long path to recovery and rehabilitation. After this brief history, Wegner shifts her focus exclusively to North Carolina and explains that the state “was among the most progressive and forthcoming of the southern states in supporting its disabled and maimed former Confederate soldiers.” The author cites enthusiastically accepted and supported state legislation passed in January of 1866 providing funds for amputees to obtain artificial limbs through a government- contracted manufacturer in Raleigh. The program also provided funds for train vouchers for soldiers located throughout the state to travel to Raleigh to obtain their artificial limb, as well as free lodging and food. Wegner explains that while some veterans were very satisfied with their legs, some saw them as useless and were allowed to return them and receive $50 in lieu of the limb. In total, Wegner provides that the program cost the state government $81, 310.12 from 1866-1871. To highlight her claim that North Carolina was “among the most progressive and forthcoming” of the southern states, Wenger details the attempts of Virginia, South Carolina, Arkansas, Georgia Texas, Louisiana and Mississippi to provide artificial limbs to their veterans. She provides that not only was North Carolina the first state to commit to a program but also allocated the most funds. Throughout her work, Wegner demonstrates that North Carolina’s efforts to provide artificial limbs to its veterans helped ease their transition back in to the civilian world, and demonstrated its commitment and appreciation to its veterans that made such great sacrifices in the name of the state and the Confederacy.

North Carolina rapidly responded to the needs of its Confederate amputees. The General Assembly passed a resolution of January 23, 1866, asking Gov. Jonathan Worth "to make a contract with some manufacturer of artificial limbs to supply the need of the State at an early day." In explanation, the resolution states: "And, whereas it is considered an eminent work of charity and justice to assist all [who lost their limbs in the service of the State of North Carolina] with the common funds of the State to procure necessary limbs, and thus to restore them, as far as practical, to the comfortable use of their persons, to the enjoyment of life and to the ability to earn a subsistence."

An editorial that appeared in Raleigh's Daily Standard, on January 19, 1866, the day on which this resolution was introduced, mentions the Federal program for supplying limbs and encourages support for a similar program in North Carolina to serve Confederate veterans. The writer claims that the legs would "make the man almost over again" and allow him to become a "producer" rather than a "consumer." Interestingly, the Standard was a Unionist newspaper, and while its support for the artificial- limbs program was economically based, it was nontheless support. The following day the pro- Confederate Raleigh Sentinel  included an article declaring that the resolution was "a timely and eminently proper movement" and that "the State owes them, at least, this small token of her appreciation...prompted by humane and honorable motives." Nowhere can any opposition to this resolution be found. The Standard writer went so far as to state that "no act could be passed which would be more acceptable to our people. The will cheerfully pay the small amount of taxes necessary to effect this object." 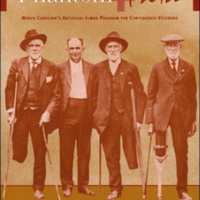