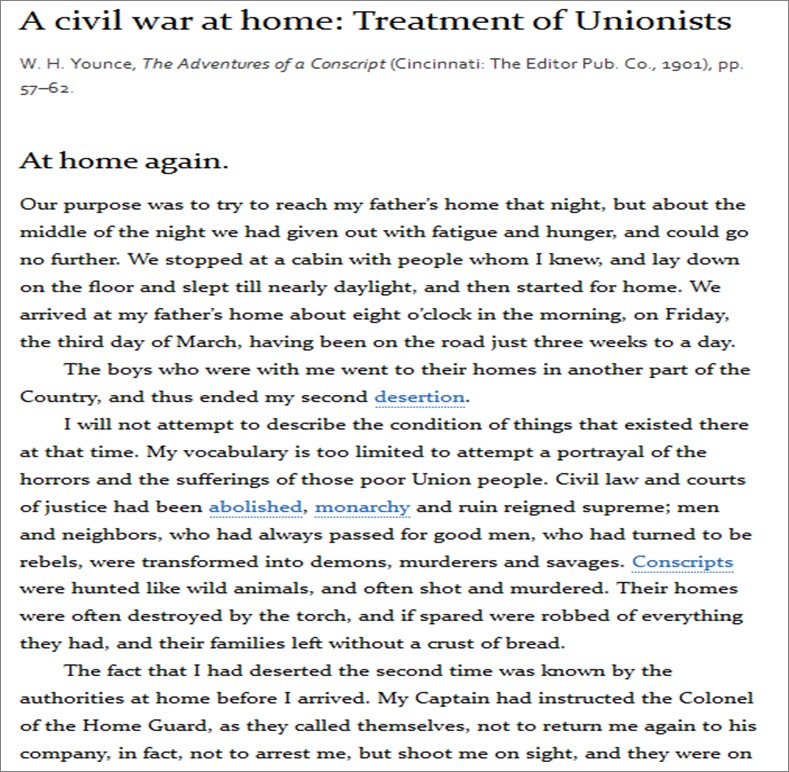 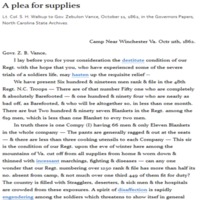 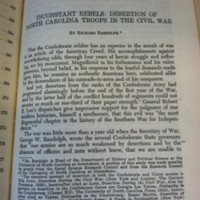 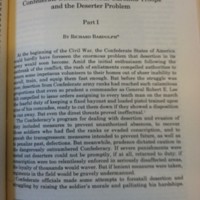 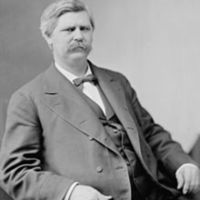 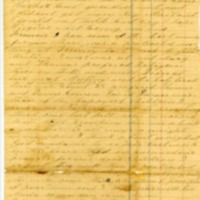 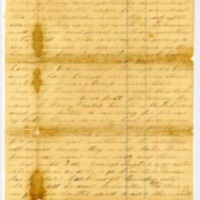 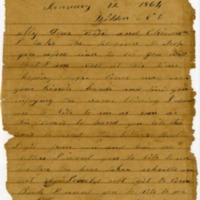 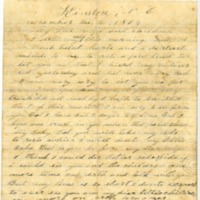 Desertion was a problem throughout the Civil War for the Confederacy. North Carolina was subjected to many negative reports from many different sources. General Robert E. Lee himself wrote about how the soldiers from the state were prone to desertion (Bardolph 1964, 164). The Governor of North Carolina, Zebulon Vance, received letters from many military and civil officials proclaiming that the problem had to be stopped, so proclamations were issued stating a zero tolerance policy for desertion (Vance 1863). The Governor was steadfast in stating that North Carolina had received an unearned reputation for high desertion, and pointed to the number of troops that they had mustered for war (Bardolph 1989, 69). The response that the government and military had toward desertion changed with the war, and there was no constant punishment. There were many policies issued, some strict, some lenient to the point of amnesty. Pleas to individual families, bounties on deserters, attempted moral boosts for the troops, to orders for the immediate return directed at the deserters themselves, the government and military tried everything to prevent unauthorized absences (Bardolph 1989, 86). In the end it must not have worked, as the desertion rate did not change, and by the end of the war had increased not only in North Carolina, but throughout the Confederacy.

A letter was written by Lt. Col. S. H. Walkup, commander of the 48th Regt. NC Troops, to Governor Vance on the issue of supplies and how if he had enough to give all his men would boost moral shows that there was a cause for concern even early on in the war (Walkup 1862). Officers that were in charge of North Carolina troops regularly wrote to Governor Vance complaining about the deserters and how something must be done (Bardolph 1964, 165). Various methods were utilized by the military and the government. General Robert E. Lee came up with an odd way to deal with desertion, by having every tenth man keep a fixed bayonet and a loaded pistol on the men in front of him, to shoot and kill them if they tried to run away (Bardolph 1989, 61). About midway through the way, in 1863, Governor Vance issued a proclamation stating that deserters were to be shot, and those that helped them would face punishment as well (Vance 1863). The problem was what punishment would be the most effective.

“If severe punishments were meted out deserters could not promptly, if at all, return to duty; if conscription were too relentlessly enforced in seriously disaffected areas, the loyalty of thousands would waver. But if lenient measures were taken, regiments in the field would be gravely undermanned (Bardolph 1989, 61).”

The situation became so grave by the end of the war that offers of complete amnesty were offered to all deserters (Bardolph 1989, 82). This offer did bring back some men, particularly those that were willing to return but feared punishment, such as Poteet (Poteet, 1864-01-07). Others, however, were unwilling to return under any circumstance and thus the desertion rate was not affected greatly. An example would be Younce, who wrote in his auto biography that he had enough of the war, and no longer believed in it and could no longer support its cause (Younce, 1901). Amnesty would not bring him back.

Letters written back and forth by family members in the military and at home stated what was happening to deserters when they were caught. Some were put under guard, (Poteet, 1864-01-12), while others wrote home that they were to be shot for deserting (Redmond, 1864-11-02). For family back home, desertion became a part of their daily life. Militia patrols and even Confederate soldiers would come around every once in a while and round up deserters they found and brought them back to the military for punishment (Poteet, 1864-11-24). These militia patrols were called the Home Guard in North Carolina, and they were used to round up deserters and either hang them or hand them over to the authorities for money (Younce, 1901). On a different note, if a man was not a deserter but was fit for the military, the Home Guard or army would take him from his home and conscript him into the military (Poteet, 1864-11-24). There were times when groups of deserters were found, and they would be chained together and taken away, as Mrs. Poteet wrote to her husband, who also deserted (Poteet, 1864-08-19). Letters from these people to their men in the army were full of stories of men being hanged or taken away for other punishment. The usual response in their view was punishment, usually death, and none of these letters mentioned amnesty. Younce referred to it in his autobiography, yet he also mentioned that while he was on the run he saw a father and his three deserter sons all hanged by the Home Guard (Younce, 1901). There were many responses to desertion, and most of them usually ended in the deserter being killed. As the military started to run out of men, however, different punishments were proscribed besides death (Bardolph 1989, 64). In the end, desertion was never solved, and remained a problem until the end of the war.