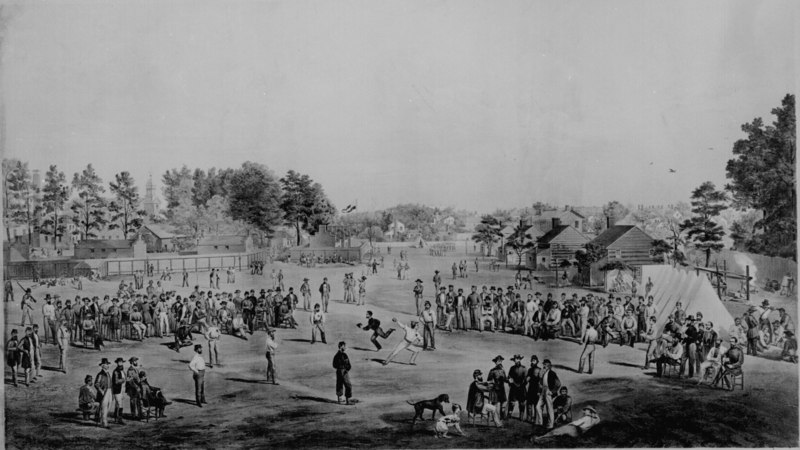 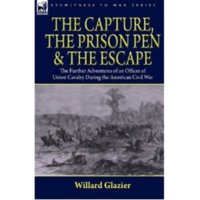 "Colonel John S Crocker of Cambridge, NY arrived at the prison on 17 May 1862. He had been captured during McClellan's campaign against Richmond. In his first impression Crocker described Salisbury as 'a flourishing place and... beautifully situated."(9)

Some prisoners were so pleased with the conditions of the prison that they played games, enjoyed the cool water from the well and enjoyed the beautiful North Carolina weather. Charles Carroll Gray recalls in his diary that, "the stockade, which enclosed an estimated five or six acres, provided adequate room for baseball games in the spring of 1862."  This all changed after the Emancipation Proclamation was signed by Abraham Lincoln and the Proclamation of 23 December 1862 was signed by Jefferson Davis.

Salisbury prison was originally intended to hold around 2,500 prisoners at capacity. The problem that the Confederacy faced after many battles was the influx of prisoners being transferred from Libby prison in Richmond as well as many other prisons from around the entire South. The number of prisoners greatly increased in an already struggling prison. There is no clear number of how many prisoners were in Salisbury at one given time, but the estimated number is that the total number of prisoners at one particular time was close to 10,000 prisoners. Of all the sources I've read, many scholars wonder why the conditions and the death rate increased exponentially and the answer is fairly simple. The Confederacy simply did not have enough supplies to provide for themselves as well as give enough rations to more than four times the size of the original capacity of the prison. The breakdown of the prisoner exchange program was also a main contributor to the overcrowding which, in turn, led to the squalid living conditions of the prison.

On the subject of rations, there was a certain prisoner named Benjamin F. Booth of the 22nd Iowa Infantry Company recalls the fact that shortly before his capture he weighed 181 pounds and in a few short months had lost nearly 100 pounds due to starvation and being short on rations that should have been provided. (10) In one prisoners recall of the conditions of the rations of the prison, he explains that there Major Gee only gives them quarter rations when he could have easily given them full rations because there was an abundance of pork and corn in the area around Salisbury could have supported all of the prisoners. He also recalls that some prisoners would go to desperate measures to acquire any kind of food from the Confederates. Even if it meant selling their clothing.(11)

There is an obvious disparity in the views of the living conditions of the prisoners from one source to the next. In the Glazier book the living conditions are played up to seem like they are the armpit of the Earth and others in the Brown book describe them as not that bad, but could use some wood to be exponentially better. In both of these sources, a focal point is on Major Gee not granting the prisoners parole to go and cut wood so that they could build a new barracks for themselves. The prisoners then began to improvise their shelters and burrow themselves in holes about five feet deep. According to Glazier, the burrows were miserable and not up to par. He blames the Confederates mostly for neglecting to accommodate them with any sort of comfort out of spite.(12) As viewed by an outsider in the Brown book, the dugouts seem somewhat comfortable because they blocked the occupiers from the elements and the small fire places were helpful to warmth.(13) Again, this displays the disparity between the viewpoints of how prison life and living conditions were in Salisbury. Prisoners were quartered in every available space within the stockade. Adding to the poor conditions was an unusually cold and wet winter. The main killers were not the guards or the other prisoners, but disease and starvation due to the lacking supplies. Another reason that the living conditions were scarce is because most of the buildings were converted to hospitals to care for the sick. Disease had become a major problem in the last couple of months of the existence of the prison. Some of these diseases could have been effectively controlled if the sanitation of the prison was up to par rather than using more medicine. “In 1875, the Quartermaster’s department published a list of the seventeen most deadly diseases at Salisbury, and diarrhea, in several forms, accounted for 43% of the deaths.” Pneumonia was second at only 11%.( 14)

After the war was over, many Union officials requested for monuments to be put all over Salisbury in recognition of the many Union soldiers that had been held their or the countless numbers of soldiers who died there. I say countless because there are many differing opinions and estimates as to how many Union soldiers actually died in the prison. The bodies were taken to a cemetery where they were buried in eighteen mass burial trenches west of the prison. The burial trenches at the cemetery are marked off by headstones with an indented shield on them that read “Unknown US Soldier.” I took a trip to Salisbury during the annual Confederate Prison symposium they hold. During my trip I found one thing very peculiar. Although it is a cemetery dedicated to Union soldiers, there is a lot of Confederate sentiment throughout the rest of the city. The United Daughters of the Confederacy were the ones that coordinated the event. So, I figured out why the event seemed to be a little one sided and hypocritical at a place to honor Union soldiers.

Also, on one of the monuments, it claims that 11,700 soldiers died in the prison. Recent evidence has revealed that the number was significantly lower than what is displayed. Again, it is the disparity between the two sects of society. One sect says that the prison was an atrocity and should be treated as such. Others claim it as a vigil that should be revered and all should be honored. For example, less than a mile down the road from the national cemetery is a statue that honors the Confederates from Salisbury who died during the war. The monument states on 3 different sides in no particular order, “In memory of Rowan’s Confederate Soldiers that their heroic deeds, sublime self sacrifice and undying devotion to duty and country may never be forgotten 1861-1865.” Another side reads, “Soldiers of the Confederacy, fame has given you an imperishable crown. History will record your daring valor, noble sufferings, and matchless achievements to the honor and glory of our land.” The last side reads, “They gave their lives and fortunes for Constitutional liberty and State sovereignty, in obedience to the teachings of the fathers who framed the Constitution and established the union of these States.” These conflicting views about the plight of the soldiers during the war are still expressed today as they were back during the Civil War era. Another thing that struck me was that there was no memorial honoring the black soldiers that had fought in the Civil War or a monument to honor the black soldiers who died in the prison. After all, they are the main reason that the Confederacy and Union decided to end the very healthy and working prisoner exchange program.