Miss Emma Holmes, a teacher, wrote her diary entry on March 4, 1865, in Camden, South Carolina. She was 26-years-old at the time and belonged to one of the leading families in the Palmetto State, as her father was a physician and a plantation owner. Holmesâ€™ entry came roughly two weeks after Shermanâ€™s army crossed through Camden, South Carolina. In the entry, Holmes discussed the occupation of her city by the Union troops. Not once did she concede to Union troops, constantly flaunting her support for the South, so much that one troop said, she â€œwas the best rebel he had met, and that it was such women as I (Holmes) who kept up this war by urging on our brothers and friends.â€ Holmes took great pride in such compliments. Later, a couple of weeks after Shermanâ€™s men had entered the city, Holmes discussed the situation with other elite friends, Dr. Pickett, Crouch and Mr. John Mickle. Not all agreed with the fierce attitude that Holmes possessed to defend their land against Shermanâ€™s army. Holmes did not care. The horrors by Shermanâ€™s men had done little to defeat her Rebel pride, and even increased her belief that it would be better to â€œdie in defense of their country than live under Yankee rule.â€ After all the terror that Sherman brought to the South, it did not defeat Holmesâ€™ will to fight. The above photo is of Miss Emma Holmes in 1900.

Later two more knocked at the door, came in & entered into conversation with Mrs. M[ickle].  Finding them well behaved, I fired volley after volley of rebel shot at them.  One was from Illinois, the other from Pennsylvania-both young, as indeed all are Sherman's army. . . .  In fact, I hurled so many keen sarcasms, such home thrusts, that the Pennsylvanian said "I was the best rebel he had met, and that it was such women as I who kept up this war by urging on our brothers and friends."

. . . . When Dr. P[ickett] & the rest said there were no men left in the country to have impeded their march, I told him, if all the men who had taken to the woods to save themselves had formed bands & bushwhacked and harassed them at every step, the Yankees would not have walked like masters through the land.  Dr. P[ickett] answered, if we had bushwhacked, they would have burned our houses-the coward spirit showing itself everywhere.  Crouch said I was right, for they were terrible afraid of bushwhackers.  I said every boy capable of bearing a gun ought to turn [out].  Dr. P[ickett] maintained they could not stand it.  I told him plenty had gone out & stood it, & it was better they should die in the defense of their country than live under Yankee rule.  He went on to say he had always been a Conservative & Moderate & opposed to Secession, and believed like Mr. John Mickle, that we ought to have waited for an overt act.

I wished him joy of his Yankee masters & thought he deserved them. 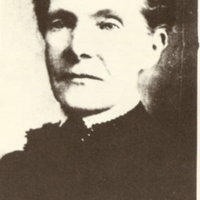 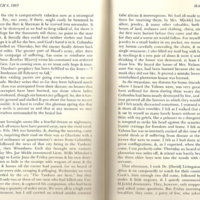 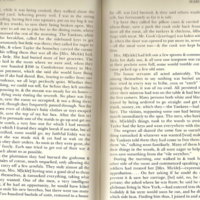 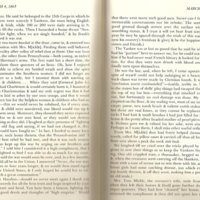 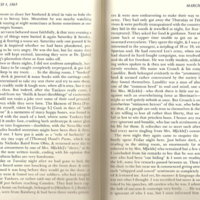 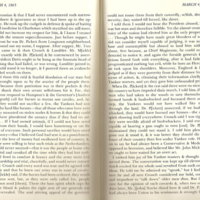 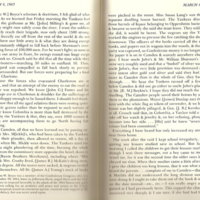 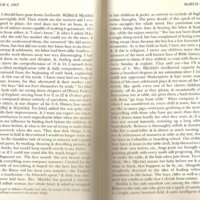 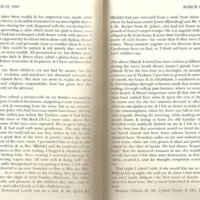