Hinton Rowan Helper (1829-1909), a bitter and staunch racist, was the author of one of the greatest and most influential books on antislavery of his time. The Impending Crisis of the South: How to Meet It was made part of the 1860 presidential campaign and helped to elect Abraham Lincoln.

Hinton Rowan Helper was born on December 27, 1829, in Mocksville, North Carolina, where he was educated at the Mocksville Academy and graduated in 1848. He caught gold fever in 1850 and headed to California, but he failed as a prospector, having made only about 93 cents in three months. He then wrote a scathing book of the Pacific State. Published in 1855, Land of Gold: Realty vs. Fiction “consisted largely of fabricated and garbled statistics,” but more importantly, the publication supported the expansion of slavery and lambasted abolitionists. (Powell 1979-1996, 1)

Ironically, only seven years later, Helper published his most famous and influential work,The Impending Crisis of the South: How to Meet It. In it, he foretold that slavery would bring about the financial ruin of the South and labeled slave owners as “robbers, thieves, ruffians, and murders.” (Powell 1979-1996, 1) Scorned by proslavery factions in the South and North, the book was distributed during the 1860 presidential campaign and probably assisted in the election of Abraham Lincoln, who appointed Helper a consul to Argentina. Many Southern states banned The Impending Crisis as “abolitionist literature, and persons were punished for possessing the Helper volume.” (Powell 1979-1996, 2) Following the Civil War, Helper returned in 1867 to settle in Asheville, NC and later moved to New York, St. Louis, and Washington, D.C. He published five more books in his lifetime, but in another ironic twist, three of those works:

"were extremely racist and unleashed intense hatred towards the Negro race. His writings contained rational, progressive,and farsighted viewpoints and ideas as well as irrationalities and illogical ideas which sometimes sounded like the ravings of a maniac." (Powell 1979-1996, 1)

Commenting on one of Helper’s later writings, George M. Fredrickson described it as “the most virulent antiracist diatribe ever published in the United States.” (Allen 1982, 49)

By the time Helper died on March 9, 1909, he was known as a bitter and staunch racist, who authored one of the greatest antislavery books of his time. 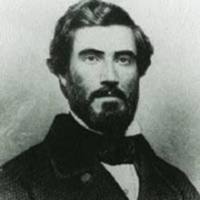