This document describes numerous situations that Western North Carolina Confederate soldiers were put through, which lead to their decision to desert from the army. Questions such as "Is my loyalty worth it if my family is starving?" and "What good is preserving the institution of slavery when I have no slaves myself?" are outlined throughout this reading. Different historians offer their opinions on reasons behind desertion, such as the destruction of pro-Confederate solidarity, and the fact that Western North Carolina Confederates orginally held Union ideologies. Several historians are arguing that Confederates in the mountain region of North Carolina are reluctant to fully commit to the Confederate army, thus, desertion seems enevitable. 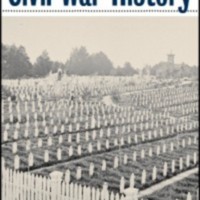