First in Flight: Desertion as Politics in the North Carolina Confederate Army

First in Flight: Desertion as Politics in the North Carolina Confederate Army

In this chapter from Social Science History, the author discusses the personal and political reasons for desertion in the Confederate Army of North Carolina. Giuffre's main thesis states that desertion was used as a form of resistance by small farmers, due to the fact that they were a very powerless group. After seeing weathly plantation owners weasel their way out of joining the army by paying off poor farmers, Confederate soldiers began to question their loyalty to an army that made them fight for a cause they had no obligation to. The Confederate cause became an ironic situation in which the priviledges of rich, elite plantation workers were protected by poor farmers. Giuffre also places causes for desertion under three categories of explantion: hardships, responsibility, or cowardice. 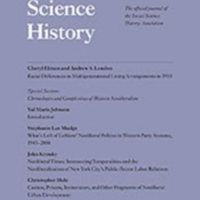