General Robert E. Lee, head of the Army of Northern Virginia, sent the letter to Governor Zebulon Vance of North Carolina. General Lee sent the letter at the end of February, as Union General William Sherman was just about to leave the state of South Carolina and enter into North Carolina.  Although Sherman had yet to enter North Carolina, the rumors of the destruction his army caused reached North Carolina Confederate soldiers that served under General Lee. The rumors of Sherman caused large amounts of North Carolina soldiers to desert, hoping to protect their families. With a movement among the citizens for peace and high amounts of desertion by North Carolinians in the Confederate Army, it was not guaranteed that citizens left on the home front would resist Sherman and his 60,000 men.

Letter from Robert Lee to Zebulon Vance, February 24, 1865, in The War of Rebellion: A Compilation of the Official Records of the Union and Confederate Armies; Series I, Vol. XLVII, Part II (Washington D.C.: Government Printing Office, 1895), 1270.

HIS EXCELLENCY Z. B. VANCE
GOVERNOR OF NORTH CAROLINA
RALEIGH

GOVERNOR: The state of despondency that now prevails among our people is producing a bad effect upon the troops. Desertions are becoming very frequent, and there is good reason to believe that they are occasioned to a considerable extent by letters written to the soldiers by their friends at home. In the last two weeks several hundred have deserted from Hill's corps, and as the divisions from which the greatest number of desertions have taken place are composed chiefly of troops from North Carolina, they furnish a corresponding proportion of deserters. I think some good can be accomplished by the efforts of influential citizens to change public sentiment and cheer the spirits of the people. It has been discovered that despondent persons represent to their friends in the army that our cause is hopeless, and that they had better provide for themselves. They state that the number of deserters is so large in the several counties that there is no danger to be apprehended from the home-guards. The deserters generally take their arms with them. The greater number are from regiments from the western part of the State. So far as the despondency of the people occasions this sad condition of affairs, I know of no other means of removing it than by the counsel and exhortation of prominent citizens. If they would explain to the people that the cause is not hopeless, that the situation of affairs, though critical, is so to the enemy as well as ourselves, that he has drawn his troops from every other quarter to accomplish his designs against Richmond, and that his defeat now would result in leaving nearly our whole territory open to us; that this great result can be accomplished if all will work diligently, and that his successes are far less valuable in fact than in appearance, - I think our sorely-tried people would be induced to make one more effort to bear their sufferings a little longer, and regain some of the spirit that marked the first two years of the war. If they will, I feel confident that with the blessing of God what seems to be our greatest danger will prove the means of deliverance and safety.

Trusting that you will do all in your power to help us in this great emergency. 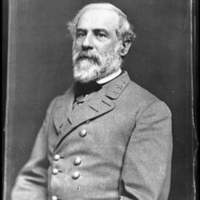