This is the first entry in the diary of James Rumley. This entry describes the bombardment of New Bern, sounding the arrival of Federal troops in eastern North Carolina. The entry describes how the troops landed south of New Bern, taking out several batteries, and then proceed to capture New Bern.

On the morning of Thursday the 13th. Of March 1862, the inhabitants of Beaufort were aroused by the sound of heavy cannonading in the direction of New Bern, which continued, with slight intermissions, for several hours. This, together with the non-arrival of the cars due from that place the previous night induced the belief that the Federal fleet, known to be in the waters of North Carolina, had ascended the Neuse River and attacked the defensive work below New Bern.

On the morning of Friday the 14th. Intelligence reached us that on the previous day the Federal fleet , after thoroughly bomb-shelling the woods, landed a considerable force on the South shore of the Neuse, below the river batteries, and on Friday attacked the works in the rear of the batteries. After a sharp conflict the Confederates retreated. The batteries being evacuated, the fleet then proceeded up the river and captured New Bern 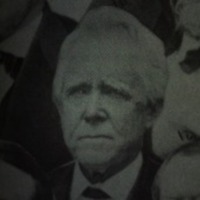