In his essay entitled “Military Means, Political Ends”, part of a collection of essays entitled Why the Confederacy Lost edited by Gabor Boritt, historian Archer Jones provides a detailed description of the larger context of both Union and Confederate military strategy during the Civil War. While this topic is incredibly broad, Jones does an excellent job of validating his arguments with specific references. He covers the influence Napoleonic strategy had on the tactics used during the early stages of the Civil War including the rapid maneuvers and dispersal of divisions of troops, units of 3,000 to 8,000 men with the ability to fight independently because they possessed cavalry, infantry, and artillery. Jones pays special attention to the difference between military strategy and political strategy, explaining that military strategy is military action intended to “deplete the hostile military force” while political strategy is “military action intended to produce a political result directly.” This argument is exceedingly useful in contextualizing the various strategies used by the commanders during this war. In addition to his coverage of Napoleonic strategy, Jones pays close attention to the use of guerrilla tactics as well as raids designed to disrupt enemy supply lines. This proves especially useful to an investigation into the importance of Fort Fisher since the fort guarded the port of Wilmington, a crucial Confederate supply hub. Archer Jones also analyses the role public opinion played in the strategies used in the war. He argues that, in the course of a military action, one side could emerge the clear victor in terms of casualties or assets seized, but if they were forced to retreat after achieving their strategic goal the public would consider the action a failure which would demoralize support for the war on the home front. As evidence for this, Jones summarizes the actions of Robert E. Lee at Antietam where he was able to enter deep into enemy territory and live off of Union supplies. While the action was a strategic success, because Lee was forced to retreat the public in the Confederacy viewed the action as a failure which damaged support for the war effort. This source provides valuable insight into the many aspects behind both Confederate and Union strategy and, upon close examination, will serve useful to an investigation into the fall of Fort Fisher by placing its significance within the context of the strategy of both sides.

During the early winter of 1863-64, Grant completed the formulation of a new strategy, one in which the Union would give up its reliance on the persisting strategy of territorial conquest but still pursue its logistic strategy of crippling the Rebel armies by depriving them of their supply base. Instead of a persisting strategy he would use raids to break the southern railroads and thus isolate the armies from the farms, factories, foundries, and ports that sustained them. Rather than using cavalry, he planned to rely primarily on infantry armies which had the manpower to do a thorough job of destruction. The armies would also live at Rebel expense and destroy agricultural and industrial resources as well as railroads.

By changing to raids, the Union would shift to a strategy in which the offensive dominated the defensive. Exploiting the ambiguity of the raiders' objectives and routes of advance and withdrawal, large armies could penetrate the South and do great damage as they moved through. Grant planned three such raids: one for the winter from southeastern Virginia through North Carolina would break the two railroads to Virginia and end with the capture of the port of Wilmington; another, for the spring and using troops from west of the Mississippi, would land to capture the port of Mobile, Alabama , and march inland to destroy the railroads and threaten Atlanta; and the third raid, originating in northern Georgia, would begin after the capture of Atlanta and go to the Atlantic or Gulf coast, breaking Georgia's railroads on the way to the coast.

In February, Sherman demonstrated the new strategy when he led 21,000 men, mostly infantry, on a 300-mile round trip march from Vicksburg to Meridian, Mississippi, to destroy the railroads, warehouses, and works. In wrecking 115 miles of track and destroying 61 bridges, he exhibited the raid's effectiveness in implementing a logistic strategy. 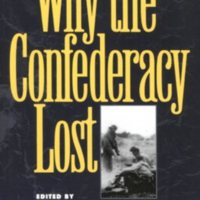