The Panzer tank: a beautiful machine capable of the most incredible things. This picture defines my passion for history! The Panzer tank was one of the main battle tanks of Nazi Germany during WWII, but this is only a small representation for my love for history. My interest in history started with the technology of war (tanks, airplanes, submarines, guns, bombs, etc.); like many other children, I was fascinated by war. I was amazed that man could build such technologies to do unthinkable things, both good and bad. My love for history did not stop at technologies. It kept expanding with the simple, yet complex questions of â€œhow."

One of the first questions I asked: How did Germany (during WWII) take over the majority of the European continent? At a young age, it seemed almost impossible to me that a small country could take over a vast amount of land so quickly. The simple answer would be that the Germans did it with technology, like the Panzer pictured above, and strategy/doctrine new to military warfare. Once I found this answer out, I kept asking â€œhowâ€ and then ultimately â€œwhy."

Initially, my interests of history leaned towards the combat of WWII. Movies like "Saving Private Ryan" and shows like "Band of Brothers," helped fueled this obsession. Eventually, I realized that military history is much more complex than just combat and the technology/strategy used to wage war. Military history cannot ignore other significant aspects like economics, politics, or culture that all shape how and why wars are fought.

Military history is the reason why I enjoy history. Some people study it for the weapons, combat, and strategy, but I like to think that I study it to understand the world. The world, like it or not, has been shaped by war or some type of conflict. Every part of the world inhabited by man has been in a conflict as some point of time. Conflicts range in varying degrees, but there is always a cause and a effect. Knowing that cause and effect â€œexcites me." In my eyes, if I am able to understand the reasoning behind wars and the conditions in which they are fought, I can learn about the different people and cultures of the world. Like many others, history is not all about remembering dates and facts; it's about understanding concepts! My passion for history and the military has led me into serving with one of the finest militaries in the world. My passion will help me become an Intelligence Officer in the worldâ€™s greatest Air Force. 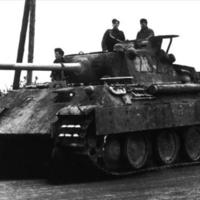