The News and Observer, a Democrat newspaper based in Raleigh, North Carolina ran an article that was published originally by Collier’s Weekly who’s special correspondent interviewed Alfred Waddell about the events in Wilmington, North Carolina. Waddell explains his earlier speech and that it had been printed out of context. He also explained how the transfer of the municipal government in Wilmington happened legally, and that they had followed the very laws the Fusion Party had created. He claimed that there is now peace in Wilmington and that they appointed a police force three times the size needed to make the women feel safe. 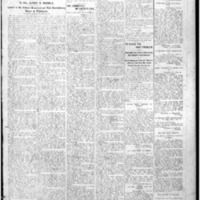