This is an excerpt from Rumleyâ€™s diary entry of June 5th, 1865. On this day, Rumley wrote about Union African American troops guarding his town of Beaufort and other effects of the war brought on by President Lincoln. The following excerpt references Rumleyâ€™s discussion of the African American Troops and his discontent with them. Rumley and his fellow citizens were appalled and ultimately humiliated at the site of Black troops having the right to occupy their town; hatred and fear would soon follow.

The first time since the commencement of the late war, negro troops have been sent here to garrison the town. The sight of them is most revolting to southerners, Their presence here is deeply humiliating to the citizens, who bear it however as best they can, hoping they will soon be relieved o the nuisance, and they this may be the last degree in degradation to which they have to descend. 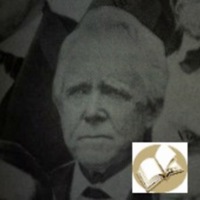