This book focuses on primarily the emergence of the Ku Klux Klan in the whole South in response to "Radical Reconstruction." The book opens up with the history of Radical Reconstruction and how that gave birth to the Klan and ends with how the federal government eventually got involved to disperse it. This book has a whole chapter on the Klan in North Carolina and talks about Klan activities in North Carolina counties many times. There are sections on the Murder of "Chicken" Stephens, Rutherford Crisis, and the Kirk Holden War. The author Trelease leads the reader up to the growing concern of the KKK in North Carolina and how Governor Holden attempts to stop its rise. The author also talks about the actions Holden took to stop it, gives insight on how Holden was thinking and feelings, and also gives examples of how KKK reacted to all of these things. This work finishes the events at North Carolina with the impeachment of Holden because he forbade the writ of Habeus corpus for some prisoners and goes into detail on how accurate this actually was. This book goes into further detail about how the KKK was dealt with in other counties around North Carolina as well. In a couple situations new spokespersons would grant KKK members forgiveness for their crimes if they just gave up their actions, which worked. In Alamance however, and a few others, it was too dangerous and difficult to stop the violence with words. This led to the Kirk-Holden war and would spell the doom for Governor Holden.

Holden, despairing of a fair trial in the civil courts, had resolved to try them by military commission. He therefore wrote Pearson a lengthy public letter on July 26, justifying his proclamations of insurrection and politely declining to surrender the prisoners. "As the Chief Executive I seek to restore, not to subvert, the judicial power. your Honor has done your duty, and in perfect harmony with you I seek to do mine...It would be mockery in me to declare that the civil authority was unable to protect the citizens against the insurgents, and then turn the insurgents over to the civil authority" In effect Holden suspended habeas corpus without saying so. The illogic lay not in his argument but in the state constitution which with one hand empowered him to call out the militia to suppress insurrection and with the other denied him one of the essential supports of that power. Pearson accepted the governor's answer gracefully. He ruled that his authority was now exhausted and he lacked power either to arrest the governor as requested by the prisoners or to force him to comply with a court order. It was not unlike the legal impasse between President Lincoln and chief Justice Taney over habeas corpus cases during the war, except that Holden and Pearson may have had a personal understanding. 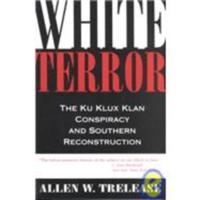