In Antislavery Leaders of North Carolina, Bassett starts by giving a brief background of antislavery areas within the South. He highlights places where antislavery sentiment is strongest and shows the geographical differences between these places. For example, the farther west you go in coastal states, the less suitable the land becomes for large scale intensive agriculture. So we can begin to see where the majority of slaveholders in states like North Carolina, Virginia, South Carolina, and Georgia could be found. There were not only territorial differences though. These territorial differences also implied economic differences. Obviously the more wealthy plantation owners in these states would be found in the more fertile areas, or in other words the east. If one were to travel west through the state of North Carolina during the Antebellum, they would see a steady decline in prosperity. These economic differences also led to political differences Bassett explains. There were not as many counties in western North Carolina and they were larger. Counties in the east were smaller and more numerous. Te way representation was set up, the counties in the east had more representatives. (7-10) After highlighting these major differences, Bassett chooses several prominent, antislavery leaders, from the state of North Carolina and examine each individually. These leaders include; Hinton Helper, Benjamin Hedrick, Daniel Goodloe, Eli Washington, and Lunsford Lane. This book will help me more effectively gauge the public sentiment of North Carolina residents during the time as well as paint a picture of the role North Carolina as a whole played in the antislavery movement.

All the conditions of small farms, simple habits and democratic ideals which have been ascribed to this general region were emphatically attributable to that part of it which lay in North Carolina. The western part of this State, until the railroads were built, about the middle of this century, was very distinct from the eastern part. A line drawn from the Roanoke river at Halifax, through the western parts of Edgecomb, Greene and Lenoir counties, across the center of Duplin and the western part of Pender, thence straight to the Cape Fear river, then continued to the neighborhood of Fayetteville, then across the western end of Harnett, the eastern sides of Wake and Franklin, and thence to the Roanoke river; such a line would enclose a territory which, save for as much of the valleys of the Roanoke, Tar, Neuse and Cape Fear as lay in it, was a level plain, covered with pine forest, and which was not very attractive to immigrants. This region was thinly settled, and until it was cleft by the Wilmington and Weldon Railroad it was not well developed. It remained a "pine barren," and served to divide the east from the west. The counties west of this, except those along the Cape Fear and Roanoke rivers, contained few spots in which slavery had planted itself with any considerable rootage. In the West was, also, no great love of slavery. If a vigorous appeal could have been made against slavery in these counties, they could very likely, at any time before 1860, have been carried for freedom. It is noteworthy that all the anti-slavery leaders the State produced came from within, or near, this region.

Besides the economic and territorial differences between these two regions, one ought to mention a political difference. The counties of the east were small as compared with those of the west. The State Senate was, by the Constitution of 1776, composed of one Senator from each county. The House of Commons was composed of two Representatives from each county and one from each of six designated towns. In 1835 there were in the west twenty-six counties, while there were thirty that might be classed as eastern in spirit. The eastern counties were much smaller than those of the west. This gave the predominance of power to the smaller east. The importance of this is seen in the fact that the selection of the Governor and other executive officers of the State, the judges and the officers of the militia, was left to the Assembly. The west rebelled against this arrangement, and won its rights in the Constitutional Convention of 1835. It was then provided that Senators should be elected from districts formed on the basis of public taxation, and that the members of the House of Commons should be apportioned among the counties on the basis of federal population. The relief for the west is obvious. Of the counties that now had four Representatives, all were western, and of those that had three, nine were western and three eastern; while of those that had only one, twenty were in the east and five in the west, three of the latter being mountain counties, which to this day are very thinly settled. At the same convention the election of Governor was given to the people. Still the gain of the west was not all that it desired. It saw that representation in the House of Commons on the basis of federal population bore severely on it. It was with difficulty that the party leaders could keep this question out of the struggle for the abolition of property qualification for the election of Senators, which was fought through and won, in 1857, after a contest of nine years. Had not the issue of the war removed this inequality, it is safe to say that it would have become an issue between the two sections before many years. 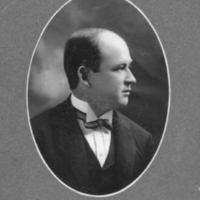