This was a necklace I found for my mother in Scotland. Over the summer, I had a chance to visit and became very interested in Scottish History. It kind of reminds me of American history in a way. The Scottish people have been in a battle to gain independence for the United Kingdom for some time. To see a parallel between two countries that have very different histories is awesome to see. For one, America did achieve independence from England, while just recently Scotlandâ€™s most recent attempt to gain independence was voted against by a slim margin. To me it is neat to see the parallels in reasons for wanting independence, like the representation in Parliament. Scotlandâ€™s fight started long before the United States was even founded and has lasted through wars and has seen characters such as William Wallace who, just like some in America, were outlawed for their support of independence by people the crown supported. There was even a strong movement of people from the Highlands, the Jacobites, that were able to capture Edinburgh, but their attempts were, like many other times, destroyed and the people involved were killed and captured. This spikes my interest in history because I find it interesting that something similar in ideas and acts could go very differently. History has so many factors, ideas, and outcomes, and each has their own reasons for happening. Looking at why people do the things they do and trying to figure out reasons for actions is what spikes my interest and finding parallels and differences in different countries and cultures as well. 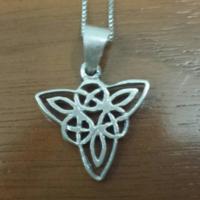