The Benjamin Hedrick ordeal began with a series of editorials published in North Carolina’s popular and highly conservative Democratic newspaper, the North Carolina Standard. William Woods Holden, one of North Carolina’s leading pro-slavery and secession sympathetic citizens, served as the Standard’s editor. These editorials had been published in response to news that spread throughout the University of North Carolina, where Hedrick, a chemistry professor, voiced his support for the Republican Party candidate, John C. Fremont. Although the Standard’s commentaries never specifically mention Benjamin Hedrick’s name their content was undeniably directed at him.

The first, titled “Fremont in the South,” questioned whether any true North Carolinian could support John C. Fremont the Republican candidate for President. The author of the article asserted that the election of Fremont would inevitably lead to the separation of Northern and Southern states. The author concludes with a threat to all black Republicans residing in the state, especially directed at any such supporters instructing the state’s young men. These men either needed to “be silenced or leave. The expression of black Republican opinions in our midst, is incompatible with our honor and safety as people.” (Item #247) The author’s mention of educational instructors demonstrates that this article was meant as an attack on Hedrick.

The second editorial signed by “An Alumnus,” and also published in the Standard, was written and published as an outright attack on Hedrick. This article expressed the idea that southern young men needed to be educated in southern schools where they could be “emancipat[ed]… from the baneful influences of the North—and no where is this influence more zealously exerted and powerfully felt than in Northern colleges and under black Republican teachers--has taken firm hold on our people.” While it was important to remove young men from the “harmful” environments found within northern universities, like Harvard and Yale, the author also questioned the professors of southern universities. While not explicitly naming Hedrick, the “Alumnus” suggested, “if our information be entirely correct in regard to the political tendencies and Fremont bias of this professor, ought he not to be ‘required to leave,’ at least dismissed from a situation where his poisonous influence is so powerful and his teachings so antagonistical to ‘the honor and safety’ of the University and the State?” (Item #249) The notion that a supporter of the Republican Party was instructing North Carolina’s future generation of leaders was a horrifying thought.

Hedrick never expected the public response generated by his support of Fremont, which only came to light after a group of curious students questioned how he would vote in the upcoming election. In a carefully crafted response, published in the Raleigh Standard on October 1, 1856, Hedrick attempted to clear his name and explain his position. Hedrick asserted that he supported the Republican platform that opposed the expansion of slavery into the territories; however, he did not support the abolition of the entire institution. Hedrick cites Thomas Jefferson’s writings that slavery was just as bad for the white masters as it was for the slaves because it makes them lazy and idle. Hedrick wrote, “what was true of Jefferson’s time is true now. I might go on and give “Alumnus” every week from now to the election, a column of good ‘black Republican’ documents, all written by eminent Southern statesmen, beginning with Washington, and including nearly all of eminence for ability, virtue, and patriotism.” Hedrick intentionally linked his arguments with the highly respected founding fathers, all slave owners. This was a common tactic of abolitionist politicians of all degrees.

Hedrick continued to defend his position against the expansion of slavery by stating that North Carolina already had too much land and not enough labor to maintain that land. Sending North Carolina slaves to the territories through the domestic slave trade would hurt the state economically. Drawing from a childhood experience in Davidson County, North Carolina, Hedrick recalled watching slaves being transported to the Deep South, sometimes as many as two thousand a day. On this memory Hedrick commented, “Now, the loss of these two thousands did the State a greater injury than could the shipping off of a million dollars. I think I may ask any sensible man how are we to grow rich and prosper, while “driving out” a million dollars a day.” Hedrick concludes his defense by reiterating that he was born in the “good old North State” which he cherishes and loves and will continue to “advance her interests.” He returns to his association with the founding fathers by concluding, “but holding to as I do the doctrines once advocated by Washington and Jefferson, I think I should be met by argument and not denunciation.” (Item #39)

The publication of Hedrick’s defense only added fuel to the fire. Despite his claims that he did not condemn slavery, only its expansion into the free territories, North Carolinians failed to acknowledge this distinction. Instead they had come to identify all members and affiliates of the Republican Party “with support for robbing the Southerners of their rights and property, encouragement of slave insurrections and the consequent murder of helpless whites, attempts to create class warfare between slaveholding and non-slaveholding whites and general dishonesty and self-righteousness.”(Smith 2003, 68) This association had everything to do with the development of strict regional identities as a result of the political events of the 1840s and 1850s. Any individual who spoke out against slavery, in any degree, was instantly labeled a traitor. Supporting a candidate who potentially threatened the way of life in the southern states was a blasphemous act. The next section will examine what happened to Professor Hedrick following the aforementioned series of newspaper editorials. 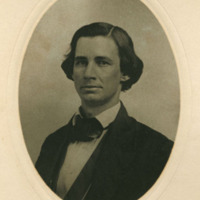 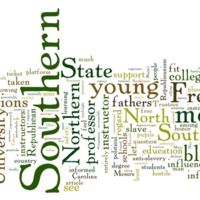 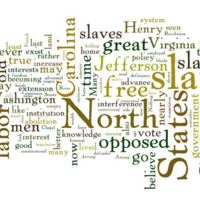