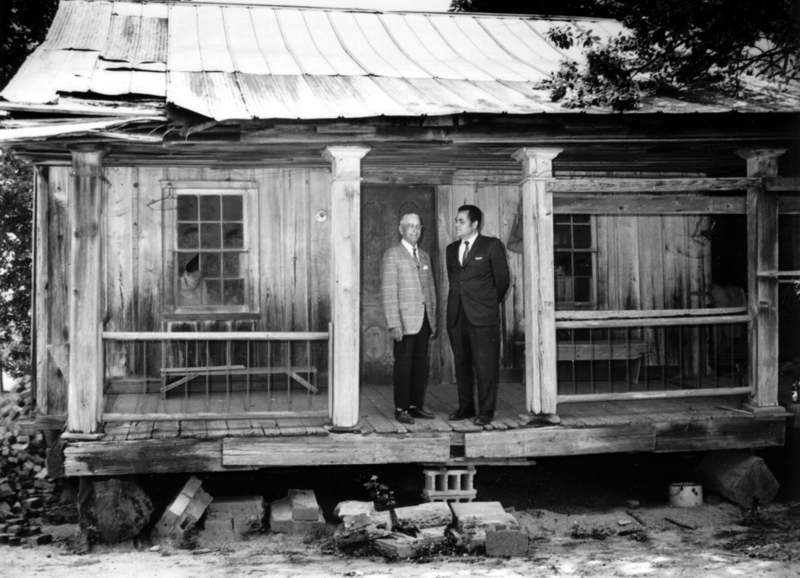 It has long been entered into the modern American conscience that the end of the American Civil War proper was completed with the shaking of hands between the generals Robert E. Lee and Ulysses S. Grant in a tiny Virginian hamlet of Appomattox Courthouse. Numerous textbooks, novels, articles, movies, television programs all relegate this single event as the definitive end to the conflict. Yet, with closer examination, one can see that the Republican and Democratic factions were still looking to continue the conflict during the years of Reconstruction, to such an extent that men considered enemies of the state were depicted in the same light as historical figures of high prestige, simply by the virtue of whom they were fighting against.

The purpose of this paper is to exhibit that the war had not ended in the clean and orderly way in which we have imagined it to have been. In the hearts and minds of those who lost loved ones, who still suffered from the physical and mental scars of the war, the conflict was still as heatedly contested as it was prior to its official end. This can be demonstrated clearly during smaller conflict that began during the waning years of the war and continued well into the Reconstruction Period in North Carolina. This conflict is particularly important due to the political affiliation of the people involved with hunting down the outlaw Henry Berry Lowry, how either side of the political spectrum of Reconstruction America saw this outlaw and his gang, and finally, how the Henry Berry’s story was used to promote political attacks from one party onto the other. It is as if the outlaw became an instrument with which both political parties used to try and gain an upper hand in the direction with which they wanted to take the country. The portrayal of this particular struggle, known as the Lowry War, clearly shows that North and South were still eager to fight one another, though they had simply decided on a different set of methods in which to do so.

The man at the center of this storm, Henry Berry Lowry, is an interesting man to examine, to say the least. Born in conditions that would’ve destined him to remain hidden to history, it was not only the social and political climate of the war that first introduced him to the national stage, but also his own personal background that made him an charismatic figure to those of his generation, and for future generations to come. Lowry was a man who did not care for state’s right, the preservation of slavery, or to preserve the Union. During the war, Lowry took great efforts to avoid military service in either army, and even hid himself in the swamps of Robeson County in order to avoid impressed labor by the Home Guard of Ft. Fisher. So why would a man who had no desire to be a part of the war attain any notoriety from any news median?

The answer to this question is not one answered by Lowry himself, but by the society from which he came. Lowry was a Lumbee, a Native tribe in North Carolina that, who were able to retain their lands by helping the American colonists during the Revolution.[1] However, this did not mean that the Lumbees were seen as equals to their white brethren, either socially or by legal definition. In 1835, with the adoption of an official state constitution, the Lumbees, as well other Indian tribes, were considered “free persons of color”, which effectively revoked the Lumbee’s right to vote, bear arms, and placed the Native American tribe into the same category as blacks and other non-whites.[2] In perspective, this unique form of governmental bigotry can still be seen to this day, as the Lumbee tribe is still ineligible for federal recognition, nor have they been given the benefits that such recognition would give them.[3]

In the county of Robeson, the Lumbees, including the Lowry family, were seen as a people beneath the white population. In an account that focused on the Lowry family, there is a great effort made to show how inhuman these Indians were in the eyes of their white peers. Mary Norment, who wrote a history of family denouncing Lowry and his associates and supporters, wrote this about the Lumbee Indians:

“The habits of the Indian are peculiar and eccentric, sometimes assuming a religious aspect as austere as the most rigid Pharisee could desire, at other times plunging headlong into immoral excesses degrading to human nature. Piltering chickens: steading pigs and killing sheep for mutton were of frequent occurance among the denizens of Scuffletown from time immemorial. A love for spirituous liquors characterized the who population with some few exceptions. The entire race are intemperate whenever they have the means of gratifying their taste for spirituous liquors, and when under the influence of liquor they are remarkably quarrelsome and fussy, often fighting and cutting and stabbing each other with knives, or shooting each other with guns or pistols. But notwithstanding these immoral evils, nearly all Indians, when they arrive at years of discretion, join either the Baptist or [4]Methodist church in Scuffletown, which they claim as their church or churches, being supplied with ministers of the race, educated, licensed and ordained in their peculiar style. ”[5]

What is amazing about the tale of Henry Berry Lowry, aside from his personal exploits during the 1860’s and 1870’s, is how his story, and even his very description was used to express the remaining tension between the Northern and Southern factions. This is an important element to consider since after the war, and more so during the process of Reconstruction was under way, the nation was theoretically speaking, one complete nation again. Being reunited, logic would dictate that an enemy of the Southern municipal governments would be the enemy of entire the United States government itself. However, even in congressional reports, members of the American military and people within the local populace would allow Lowry and his gang to escape after committing murder in their own presence.[6]

[1]Oakley, Christopher Arris., The Legend of Henry Berry Lowry: Strike at the Wind and the Lumbee Indians of North Carolina, (The Mississippi Quarterly: 2006) pg. 60

[6]U.S. Congress, Report of the Joint Select Committee to Inquire into the Condition of Affairs in the Late Insurrectionary States (Government Printing Office; Washington, 1872), 287