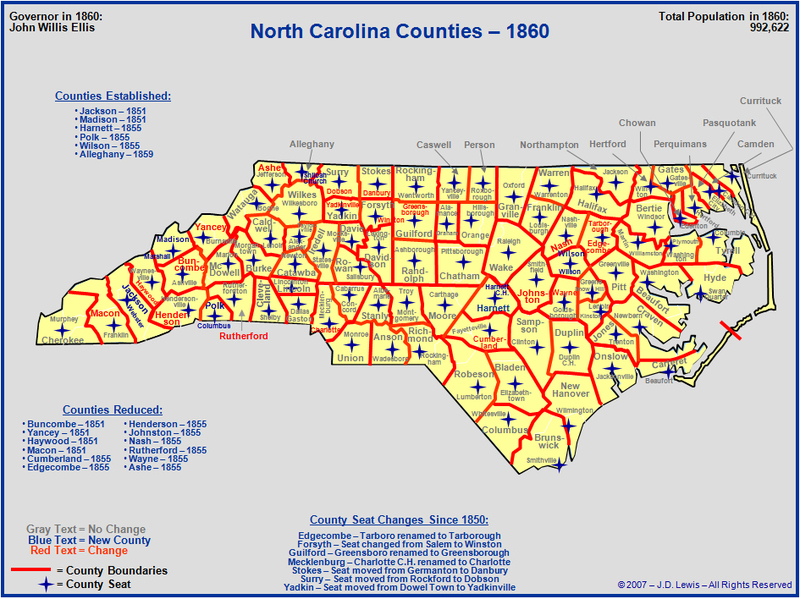 North Carolina historically was a state divided; it was established as a Royal Colony in 1729. There were two areas of settlement, the northeast part of the state around Elizabeth City and the Albemarle Sound region, were the wealthiest, and rich in property and slaves. Many of the settlers here were from Rural England and the Scottish Highlands. While in the western part of the state, in the piedmont and mountain regions, was settled by a mixture of Scots-Irish, English and German Protestants, the so-called "cohee" (Native Americans that had intermarried with Whites) (Powell, 92). These groups in the western half of the state tended to be yeomen farmers, growing enough to live off the land. Differences in the settlement patterns of eastern and western North Carolina, or the low country and uplands, affected the political, economic, and social life of the state from the eighteenth until the 20th century (Powell, 231). After the Revolutionary war, with the establishment of the North Carolina General Assembly, and state constitution, the Tidewater region dominated and controlled politics and economics in the state.

Even though the state capital was moved from New Bern to Raleigh in 1792 (Powell, 173), influence in politics in NC, depended on the amount of land one owned; which was mainly in the costal part of the state. According to the 1776 North Carolina Constitution in order to hold state office as a state senator one had to own at least 300 acres of land and to serve in the state House, one had to own 100 acres of land. To vote for a state senator, one had to own 50 acres of land, while all freemen white or black could vote for members of the house if they owned land and paid taxes (Powell, 154-155).  This swayed all legislative favor towards the Tidewater counties; the western half of the state for 40 years was unfairly represented in the General Assembly. On the other hand, North Carolina was a progressive southern state, allowing freed land holding non-whites the vote until 1835.  The large discrepancy in the General Assembly forced another constitutional convention in 1835. The Western counties were calling for fair representation in the General Assembly, and were changed to equal representation in the state senate; while also abolishing the rights for non-whites to vote (Powell 202). While the North Carolina constitutional convention of 1835, gave more political power to the western counties, most of the power still was held in the land holding elite.  The economic and political power struggle can be clearly seen in the session crisis. During the 1st four months of 1861, a majority of the North Carolina populist was against leaving the Union, and thought that the other Confederate states were rash in their decisions to secede.  On the other hand many of the state senators form the tidewater region of NC had voted immediately and proposed that NC should secede as well.  By May of 1861, the state senate would vote to leave the Union. This shows that while the political mindset was geared towards secession, many North Carolinians did not believe that it was necessary to leave the Union.  This divide in the state would last throughout the Civil War.