An Ordinance to dissolve the Union Between The State of North Carolina and The United States, May 20, 1861. 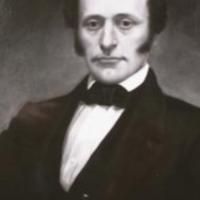 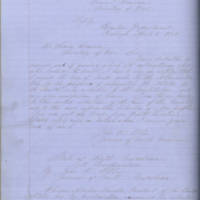 Item 536: Reply by Governor Ellis to request by US Secretary of War 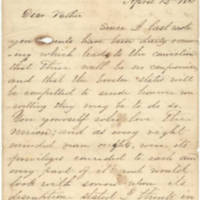 Secession form the Union was not considered in NC until reports came of the April 12 bombardment of Fort Sumter near Charleston, South Carolina.  Lincoln would call for 75,000 troops on April 17, in order to suppress the rebellion.  Governor Ellis responded to Lincolns order by writing a telegram saying “I regard the levy of troops made by the Administration for the purposes of subjugating the States of the South, as in violation of the Constitution, and as a gross usurpation of power. I can be no part to this wicked violation of the laws of the Country and to this war upon the liberties of a free people. You can get no troops from North Carolina” (Item 536). This was the turning moment for North Carolina; many would support secession, because of the attack on Fort Sumter, in order to protect the southern way of life.

Lincoln’s response to the attack on Fort Sumter had turn the opinions of many harden Unionist in North Carolina. As Governor Ellis said in his telegraph, it seemed that the federal government was abusing its power and jeopardizing the Union. One such swayed opinion was that of Cadet Faison, who was at West Point military academy when the news reached him. In personal correspondence to his father he says that “Now no such compromise has been effected, despite the patriotic exertions of the border states, nor is it probable there will be, the Republicans within wish nor will grant any, their policy ividently seems to be coercion, and war is declared by their journals to be inevitable” (Item 537 ). Those in the state felt, that the union had been abolished with this action, and NC must leave in order to join a new union to protect their rights.

The Governor took advantage of the situation and called a special session of the legislature for May 1 and ordered seizure of all federal property.  The Assembly voted to have a delegate election on May 13 to an unrestricted convention to meet in Raleigh on May 20 (Sitterson, 354).  The campaign that followed was characterized more by resignation than enthusiasm, as evidenced by former Unionists’ and secessionists’ speeches disparaging aggression.  When the convention met, delegates debated whether to secede, as some Unionists suggested, on the basis of “the right of revolution.”  Radical secessionists, however, favored repealing the state’s ratification of the U.S. Constitution as the most appropriate means of leaving the Union.

On May 20, 1861 The General Assembly met to vote on secession form the Union. The Assembly passed the resolution to secede and said

North Carolina was the one of the Last States to leave the Union. The long debate over whether or not to secede from the Union caused great tension in the state and exposed the class tension. Still there will be a strong Unionist presence in the state throughout the Civil war.