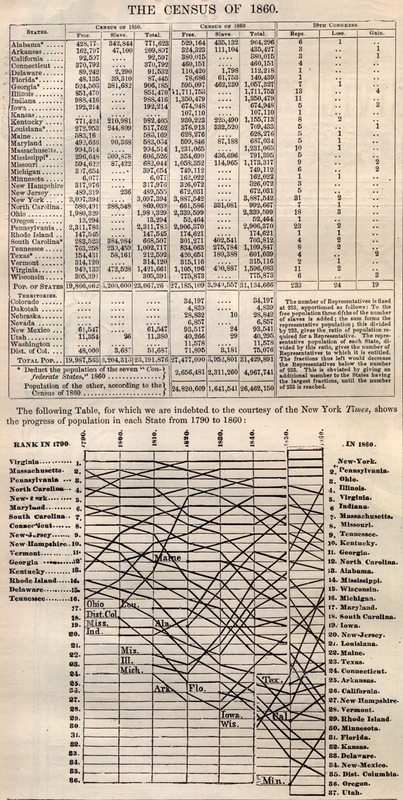 Why were North Carolinians so fearful of an abolitionist force in North Carolina? Compared to other Southern states, North Carolina had a relatively low slave population, of 288,548 slaves, compared to Virginia’s 472,528 in 1850. Despite the low figure, slaves composed one third of the total population in North Carolina, just as in Virginia.[1] Slavery was not as essential to North Carolina’s economy as it was to Virginia’s. 83 percent of those slave owning households owned between two and nineteen slaves.[2] This shows that there were few large plantations and the majority owned slaves to assist with housework and personal manual labor. One explanation for the focus on suppressing abolitionism was the impact slavery had on politicians. “In 1850, for example, although only about a quarter of white families in North Carolina owned slaves, about 81 percent of the General Assembly were slaveholders.”[3] North Carolina’s General Assembly had the largest percentage of slave owners in all the Southern states, so keeping slavery intact became a priority for the majority of North Carolinian politicians. Perhaps the major reason to fear abolition in the late 1850s was due to the history of abolitionists in North Carolina circulating seditious material and inciting slave revolts. 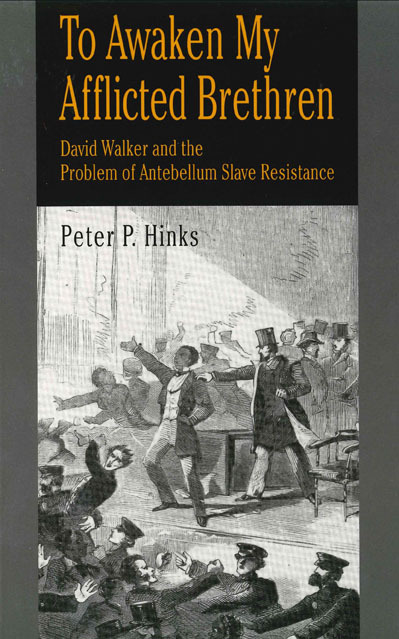 Item #819: A Secondary source I used to acquire the major of information about David Walker.

Before analyzing the significance of John Brown’s Raid, it is important to understand abolitionist efforts before John Brown’s Raid and how they were received in North Carolina. The first high profile abolitionist effort to infiltrate North Carolina was David Walker’s pamphlet entitled, An Appeal to the Coloured Citizens of the World. In To Awaken My Afflicted Brethren, Peter Hinks provides background on Walker, a former slave, and his life before the Appeal. “Walker grew up in a region of the South that had a long tradition of slave resistance, conspiracies, and marronage.”[1] It is essential to understand Walker’s background in this hostile environment to gain insight into why Walker was motivated to help catalyze slave insurrections and emancipate slaves, which he did not achieve to the degree he desired.

Walker wrote the Appeal while living in Boston in 1829, and quickly spread the abolitionist pamphlet to the South, where it circulated within both Virginia and North Carolina. The network to which the Appeal traveled was similar in Virginia and North Carolina. “One evening the wife of the jailer eavesdropped on the men and learned of an extensive network of slaves and runaways conspiring throughout eastern North Carolina.”[2] A well established abolitionist network in North Carolina would only increase the fear of revolts and would make swift action against abolition necessary. This swift action often came in the form of stricter slave codes, or raising a militia. “Whites worried about their property and social stability were not overreacting when they proposed the raising of large militias in 1830 to pursue the outliers into their fastnesses and shoot the ones who did not submit immediately.”[3] Walker’s The Appeal proved to have an impact not only on the North’s effort to promote slave insurrections, but on the abolitionist efforts in the South. Two years after the Appeal, Nat Turner led his now infamous insurrection in Virginia. In the papers of John Blount, the editor explains, using a letter by B.W. Daniel to Blount, that after the Nat Turner rebellion, North Carolina began to organize militias in fear that the revolts would spread to North Carolina, resulting in the execution of at least twenty slaves.[4] David Walker’s abolition efforts were not militant, which explains why North Carolina did not react as strongly to him, as to Nat Turner. After the fervor died down, North Carolina passed new laws making it illegal for slaves to preach, to cohabitate with either a white or free black person, and, most relevant to the abolitionist efforts, it “forbade white people from teaching an enslaved person to read.”[5] The fear of a slave insurrection, and the resulting desire for a militia, would heighten in the aftermath of the John Brown Raid.

The conflict between abolitionists and anti-abolitionists increased in the 1850s. On the national level, issues of slavery in newly acquired territory fueled the passions of both sides and the rise of the Republican Party made anti-abolitionists wary. Within North Carolina, a reaction to the antislavery movement led to anti-abolitionists targeting those who supported the newly founded Republican Party. One victim was University of North Carolina professor Benjamin Hedrick, who openly supported Republican Party candidate John C. Freemont. The North Carolina Standard made the public aware of Hedrick’s political leanings and editorialized that “No man who is avowedly for John C. Freemont ought to be allowed to breathe the air or tread the soil of North Carolina.”[1] Public resentment grew toward abolitionists like Hedrick, which ultimately led to his dismissal from the university. This backlash against abolitionism continued with the arrival of The Impending Crisis, a book that “argued that it was in the interests of nonslaveholders to oppose slavery.” Shortly after the North Carolina government became aware of the seditious material within The Impending Crisis it was “banned in the state, and anyone possessing a copy was threatened with arrest.” [2] This persecution of abolitionism in North Carolina would be intensified after John Brown’s Raid.