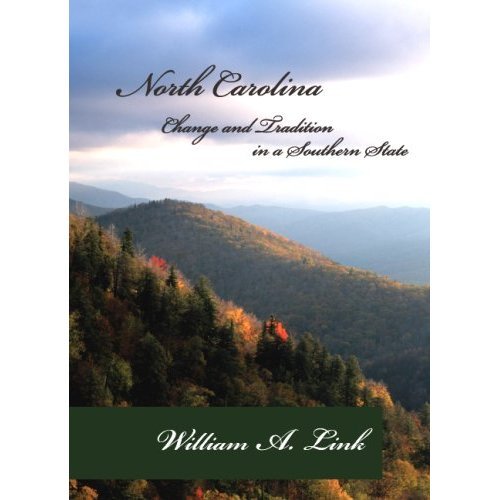 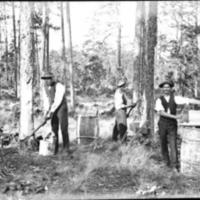 On December 18, 1776, North Carolina ratified their first constitution. That document allowed the elite white men to dominate state politics, creating a division between Eastern and Western North Carolinians. It stated that legislators had the right to appoint state officials ranging from governors to local court judges. Allowing legislators to elect other officials formed a political alliance that would take years to disband. There was nothing stopping them from electing family members, friends, and other wealthy elite men. The constitution also stated that members of the senate, one from each county, could be voted upon. However, voters had to be male and own at least fifty acres of land before doing so (NC Constitution 1776). During this time period, there were more counties in the East than the West, so the large plantation owners had an overwhelming influence within politics. In the mountains along the western border of North Carolina, the soil is a lot rockier and the landscape is more rigid which can make farming difficult, so while there were some tobacco plantation owners, the amount paled in comparison to the amount of plantations in the East. One of the main causes of the disproportion of large farmers was that the first counties developed were on the coastline. Since North Carolina does not have deep harbors and consequentially did not have any big trading ports, it prospered economically from Naval stores and turpentine farming. The cultivation of naval stores began in the early 1700’s and reached an all time high in the antebellum era (Johnson). By the time there was a small boom in the bright leaf tobacco industry in the 1840’s that reached into the West (Link 2009, 154), the East coast was decades ahead in economic advancements. To make an even bigger rift between the regions, Eli Whitney’s cotton gin was invented in 1793. The North Carolina’s cotton industry doubled its profits after the cotton gin was introduced. Unfortunately, that prosperous industry did not spread into the mountains because of improper soil, lack of railroads, and harsher weather conditions (Link 2009, 154). The coastal plains, and piedmont counties along the South Carolina border were the two distinct areas that benefitted from cotton (Link 2009, 154).

With the agricultural advancements and economic increase came the rise of slavery. “Overall, the slave population grew from more than 100,000 in 1790 to more than 331,000 in 1860” (Link 2009, 158).  From the late eighteenth to the early nineteenth century, “slaveholding was tied to wealth, status, and political power” (Link 2009, 154). Because the majority of the large farms were along the coast and in the piedmont regions, the majority of the slave population was in those regions too. Actually, the slaves made up about fifteen percent more of the population in the East than the west where slaves were only ten percent of their population (Link 2009, 159). Slave ownership is another reason why mountaineers resented people in the East. The amount of slaves that a man owned indicated the importance of that man, and his family, in their community. More significantly, it ensured their importance and influence in the state government. That influence could have been life changing because he would have the ability to persuade government officials to enact or change laws. The legalized political inequalities were the main reason for the division within North Carolina.

In January 1835, legislation approved a bill that enabled a convention to be organized in order to discuss constitutional revisions. For a short moment, citizens from western and eastern North Carolina banded together, and pushed to have a constitutional convention, hoping to gain state support of internal improvements and advancements in public transportation (Link 2009, 177). The major success, or improvement, of the revised constitution was that representation within the general assembly would no longer be appointed; it would be based upon population. As a result, the people in the West gained more of a political voice. On the other hand, the Three-Fifth’s Clause would continue to enable eastern counties to be over represented because it permitted slaves to be counted as three-fifths of a person, boosting the total population. The 1835 constitution also did not change the acreage required to be a member of the Senate and House of Commons. Only the elite could meet that requirement, which continued to place political decisions in the hands of the rich. All of these inequalities and divisions between the East and West led to the large Unionist population.