Southern Loyalty to the Union 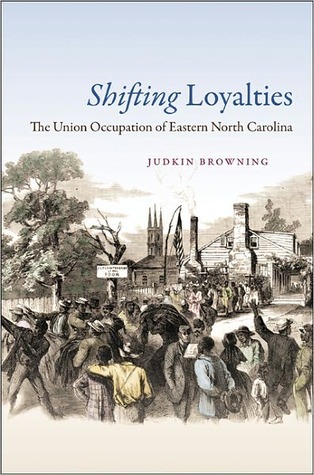 At the onset of the Civil War, President Lincoln and the Federal government assumed that North Carolina had a strong sense of Unionism within her boundaries. He planned on using the Union sentiment to bring a harmonious restoration to North Carolina.   Initially the reports from seemingly represented a promising future for the occupied North Carolinian front.  New Bern, which was largely abandoned by the native white Confederate loyalist population, seemed under control, but the remainder of Craven County would have been a mixture of both those who valued Unionist and Confederate ideology.  Carteret County was completely under Union military control and to Union Soldier Daniel Larned, residents of Beaufort seemed, “loyal to a great extent.”[1]  There are many facets to the Unionist ideology that existed among some southerners during occupation. For many, the economic advantages the Federal army brought with them were more then enough to bolster support for the United States. With the arrival of armies, the arrival of goods and supplies followed in close proximity. This would cause a thriving business scene within both New Bern, and especially Beaufort. An unidentified Union soldier would write, “ Business is getting to be very lively in the city. Nearly all of the Stores have been opened and it makes the city look very much like northern cities, only most all the business is connected with Military matters in some way or other.”[2]

After Union forces had successfully quelled the Confederate military presence in the region, many Union soldiers noted that numerous secessionists would revert their allegiance back to the United States, and had faith that they were initially swayed into Confederate ideology for fear of the unknown. North Carolina had a drawn out movement towards secession, and many wanted to remain in the Union, which potentially could have protected the institution of slavery. Most slave-holding North Carolinians feared that the secession from the United States would jeopardize the institution of slavery much more so than remaining in the Union and making federal concessions, which is in sharp contrast with those in other southern states.  Many citizens displayed passive tendencies towards the war, and would sway their ideologies to suit themselves, garnering protection for their families as well as their possessions. For local enlistees in the Confederate army, their allegiance to the south would be tested on the battlefield and would display the fervor in which they hastily gave up the fight for country. Thirty-seven percent of the Carteret country men, twenty-one percent of Craven men, who had enlisted to fight for the Confederacy ultimately abandoned their posts and returned home, suggesting that the belief in Confederate ideology was low. Many had enlisted in the army in the hopes that they would remain close to home, but when the Confederate army abandoned their “homeland,” they in turn abandoned the Confederacy. The most notable shift in allegiance were those who enlisted in the Union ranks upon their arrival in the region. Roughly 1,500 men enlisted from eastern North Carolina into two regiments established by the Union army. These soldiers would become derogatorily known as the, “Buffaloes” from unsympathetic residents. Easton Arnold, a former Confederate soldier claimed, “My service in the Confederate army was a force of circumstances.”[3]  Whether the shift in allegiance among many in eastern North Carolina was in effect due to economic pressure, or for personal protection, their allegiance truly lied with whichever force would provide the most for them, James Rumley would suggest that the local populace maintained their true Confederate values, but hid them from the imposing force of Union soldiers. 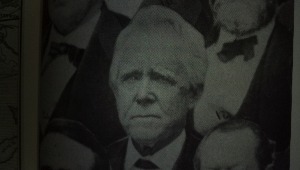 James Rumley and the Union Occupation of Eastern North Carolina