The Aftermath of Nat Turnerâ€™s Rebellion in North Carolina

The events that transpired in North Carolina after the reporting of the Nat Turner rebellion can be summed up by Herbert Aptheker, scholar on the Nat Turner slave rebellion, as he writes, “Fear created suspicion, suspicion led to torture, torture to confessions” (Aptheker 2006, 69). Papers began reporting similar insurrections throughout the eastern part of North Carolina. When it come to reporting on such events papers had difficulty determining fact from rumor. The Raleigh Register reported falsely that on September 15th that slaves in both Sampson and Duplin County had risen in rebellion against whites and murdered many. The North Carolina Star the same day reported that a rebellion had also occurred in Wilmington, North Carolina and that slaves in Edenton, North Carolina had been arrested for suspicion of plotting a rebellion, which was reported by a free man of color. The following week both papers reported that the so called insurrections were not true, but that more rebellious plots had been uncovered. The paper reported that a slave named Dave, who happened to be a preacher, confessed names of slave ringleaders and targets, such as certain families and the city of Wilmington in the eastern part of the state. He reported that the plan was to attack Wilmington and gather reinforcements there. The confessions of the slave had been forced out by torture. In Lynn Sadler’s article “Dr. Stephen Graham’s Narration of the “Duplin Insurrection”: Additional evidence of the Impact of Nat Turner, reports that slave”, Dave had been forced by whipping to give names by his master. Dave was eventually shot, because it was rumored that rebel slaves were on their way to set him free (Sadler 1978, 364). The reports about the Nat Turner rebellion and events that transpired after show the increasing fear that was created within North Carolina residents. Whites feared that slaves all over the state were secretly plotting to rebel and kill them.

The fear in whites across eastern North Carolina can be seen in the personal diary of Moses Ashley Curtis. Curtis reported that people in Wilmington were full of fear and despair, as rumor of slaves were coming to march into the city, and that whites would have their throats cut in the middle of the night. Curtis reported that slaves accused of plotting were shot, and had their heads placed on poles in different parts of town (Moses Ashley Curtis, Personal Diary). Harriet Ann Jacobs, a slave in North Carolina during the time of the Nat Turner rebellion, also highlights the fear of whites throughout North Carolina during this time. She reported that rebellion caused great commotion, and poor whites were organized to seek out plots to rebel among slaves. Jacobs’ account reveals that impoverished whites took the opportunity to state their superiority over African Americans during their search. Evidence of insurrections many times was planted by whites, and resulted in whipping for the unfortunate slaves accused. These beatings or fear of beatings resulted in false confessions, which garnered more fear among whites. Any kind of writing among slaves was immediately thought to be a plot, because the poor whites uncovering such writing were illiterate. She reports that whites ended up burning the local African American church, because it was thought to be a place that cultivated insurrections. Jacobs’ comment on the commotion reveals the hypocrisy among whites when she says, “Strange that they should be alarmed when their slaves were so ‘contended and happy’! But so it was” (Harriet Ann Jacobs 1861, 97). Jacob’s comment reveals that the common patriarchal defense of slaveholders did not match their reaction to the Nat Turner Rebellion The Nat Turner rebellion had birthed the idea that slaves were enemies, and, if not controlled, would jump at the chance to kill their masters.

By October, the all the hysteria died down with the capture of Nat Turner. Fear of African Americans still persisted in North Carolina. A letter from a woman, Rachel Lazarus in Wilmington in early October reveals the fear that remained. She states that the only solution to the problem is to send African-Americans back to their homeland. She continued to write that“Till this is resolved on and executed we can have no security but in a state of unremitted vigilance” (Letter from Rachel Lazarus to Eliza Morcedai, Oct.9, 1831). A similar appeal had been found in the Raleigh Register, which called for the abolition of slavery for the sake of fully protecting women and children. It offered a plan for sending African Americans back to Africa, and paying slaveholders for their losses (The Raleigh Register, 6 October 1831). The changes in the North Carolina Legislation in subsequent years reveal similar ideology of African Americans being enemies, but thought establishing more control would bring about a more desired effect. Many of the laws affecting African Americans were already very harsh, but another law was passed in the session of 1831-1832, “forbidding free Negroes and slaves to preach or exhort under penalty of 39 lashes” (Aptheker 2006, 76).  Religious control over African Americans insured that proper pro-slavery teaching of the Bible would be given to the slaves, and would help deter slaves from a rebellion. 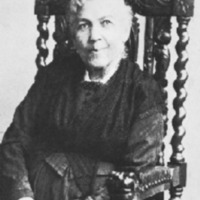 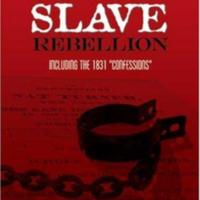