The Rise of Fear: North Carolina before the Nat Turner Rebellion

After the American Revolution, slave owners across the United States came to realize the danger in having slaves (Rothman 2005, 21). Slaves fought for both sides during the revolution, and some fought against their own masters. The revolution led many white Americans to see slaves as enemies, as human beings that, if given the chance, would fight for freedom against those that kept them in bondage (Rothman 2005, 21). For many Americans, fears easily became a reality with various forms of slave resistance.

In 1829, a pamphlet was released by David Walker, an African American from Wilmington. The pamphlet was called an Appeal in Four Articles, and urged slaves to rebel against their masters (Plath 2009, 18). The appeal spread throughout North Carolina and convinced many that slave insurrections would soon follow. North Carolina government leaders responded with harsh measures that would bring more control over the potential enemy slave population (Link 2009, 163). In the famous decision made in the case of State v. Mann (1829), North Carolina supreme court judge, Thomas Ruffin ruled that “Despite the right of slaves to life and the desire to protect them from abuse, ‘the power of the master must be absolute, to render the submission of the slave perfect’”(Link 2009, 163). Ruffin’s decision gave total control to slaveholders over their slaves in the hope that more power to slaveholders would ensure the obedience of slaves.  Slavery was not a mutual obligation, but a demonstration of power that had to be placed over those that threatened that power.  In 1830, various bills were passed by the North Carolina General Assembly that continued to repress slaves. Slaves were no longer allowed to learn to read or write, and publications, such as Walker’s were outlawed (Plath 2009, 20). North Carolina feared that literate slaves would become inspired by such appeals, and rebel against their slaveholders. Various resistances such as Walker’s appeal and government changes highlight the construction of tremendous fear in North Carolina before Nat Turner’s rebellion in 1831. 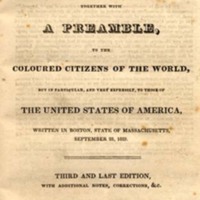 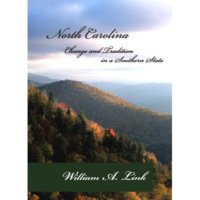 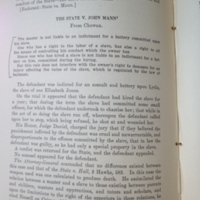