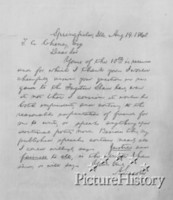 If we accept the case of State v Mann as the general paradigm of slave law, then it may be established that certain applicable cases of William Gaston are to be the shift in the paradigm. The cases of State v Will, State v Jarrott, and his dissent in State v Miller serve to show how the views of slave law were softening. As a result of Gaston’s, rulings his fellow judges on the Supreme Court bench saw certain changes in their own rulings. Typically strict in their notions of the law when dealing with slaves, Nash and Gaston will both be shown to change their positions in an overall progression of the notions of slave law.

The most important decision in showing the evolution of slave law in Antebellum North Carolina is William Gaston’s decision in State v Will, decided in 1834. In this case a slave, Will, was arrested and charged for the murder of his overseer, Richard Baxter. It was found in the case that Will and Baxter engaged in an argument in which the slave disengaged himself and began to run away. As he was fleeing, Baxter shot him in the back, and he continued to flee.(Item 616) Baxter and two slaves pursued Will and attempted to detain him. A scuffle resulted that ended in the stabbing of Baxter and the escape of Will.(Item 616) A guilty verdict of murder was ultimately rendered and it was with this verdict that Gaston disagreed.

Gaston notes that had this case occurred between two freemen the resulting convection could have been nothing more than manslaughter. In a similar vein, if an apprentice flew from his master’s chastisement and was pursued by the master with unlawful malice, it would not be murder for the apprentice to kill the master in a brief, heated exchange. Just as if a police officer had attempted to arrest a fleeing culprit and the same result occurred, the judgment would be the same. This justification comes from Gaston’s description of the law as it stood then: “when a person of sound mind and discretion, killeth any reasonable creature in being, with malice aforethought.”(Item 616) According to Gaston, the “malice aforethought” is the determining factor. If a person kills another not in an act of “wickedness,” but in a “sudden transport of passion,” he may not be found guilty of murder but instead of “unlawful homicide.” (Item 616) This is, of course, in the case of two freemen.

Gaston recognizes the differences in comparing a fight and resulting death between two freemen and the exact same scenario in which a slave kills a white man. The similarity in details between this case and State v. Mann in 1829 is striking, but the differing conclusions are even more compelling. In both cases the slave was chastised and fled; and in both cases the owner/overseer pursued with disproportionate force. Gaston concluded that while it is true that it is the legal right of the master to wield unlimited power, he may not take the life of a slave. Furthermore, and most importantly, he agrees that generally the slave must submit to the will of the master, but the slave is allowed to defend himself from unwarranted and “unlawful attempt to deprive him of life.”(Item 616) In saying that the master’s overzealous pursuit was unprovoked and as a result was unjustifiable, Gaston is saying that the power of a master is indeed limited further than just the life of his slave.

This decision made by Gaston that limited the power exercised by the owner over a slave is secondary to the point that it advances the rights of the slave further than entirely subservient to his master. This advancement of slave rights flies in direct contrast to the Ruffin model of complete dominance in order to maintain public safety and the happiness of the slaves.(Item 44) Moreover, in State v Jarrott, a slave had killed a white man in a dispute over a card game. The slave – Jarrott– struck a man with a length of a Hickory stick, not attempting to kill, but to dissuade; or so the evidence suggests.(Item 619) While the ultimate decision was in favor of a harsher judgment, Gaston entertained the notion of mitigation.(Item 619) The cases of State v Will and State v Jarrott show that Gaston was unwilling to apply the law on such terms that the morality of the ruling could be called into question. As he says in State v Will,

Unless I see my way clear as a sunbeam, I cannot believe that this is the law [State v Mann] of a civilised people and of a Christian land. I will not presume an arbitrary and inflexible rule so sanguinary in its character, and so repugnant to the spirit of those holy statutes which "rejoice the heart, enlighten the eyes, and are true and righteous altogether."(Item 44)

As it seems, Gaston was concerned with the moral implications as well as the legal ramifications of such broad strokes of judgment. 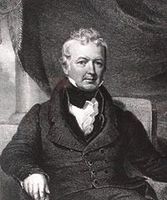