This account came from the memoirs of William Sherman, who was a major-general in the United States Army. Although he wrote the memoirs in 1892, he was referencing to a time in 1865.  In this particular piece, Sherman reflected on the start of the march he led through South Carolina during the Civil War in February of 1865. Sherman realized his men were going to be more aggressive during this campaign than they were previously in Georgia because of their hatred for South Carolina, which they believed had caused the Civil War. The choice of words by Sherman were also interesting; as he considered that he had “restrained” his men in Georgia.  This speaks directly to the fact that Sherman believed that what he was doing was just, including the destroying of roads, killing the excessive livestock of local inhabitants, burning of certain buildings and foraging from the locals. In the final part of this section, Sherman finished discussing that he would not have wanted to restrain his army anyway, fearing the worst from the South Carolina population.  The main image is of Sherman and his men moving through South Carolina.

….It seemed to me then that the terrible energy they had displayed in the earlier stages of the war was beginning to yield to the slower but more certain industry and discipline of our Northern men. It was to me manifest that soldiers and people of the South entertained an undue fear of our Western men, and, like children, they had invented such ghostlike stories of our prowess in Georgia. That they were scared by their own inventions. Still, our men had got the idea that South Carolina was the cause of all our troubles; her people were the first to fire on Fort Sumter, had been in a great hurry to precipitate the country into civil war; and therefore on them should fall the scourge of war in the worst form. Taunting message had also come to us, when in Georgia, to the effect that, when we should reach South Carolina, we would find people less passive, who would fight us to the bitter end, daring us to come over, etc.; so that I saw and felt that we would not be able longer to restrain our men as we had done in Georgia.

Personally I had many friends in Charleston, to whom I would gladly have extended protection and mercy, but they were beyond my personal reach, and I would not restrain army lest its vigor and energy should be impaired; and I had every reason to expect bold and strong resistance at the many broad and deep rivers that lay across our path. 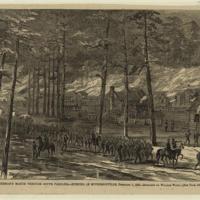 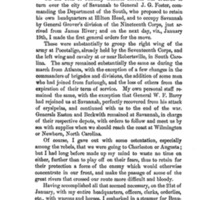 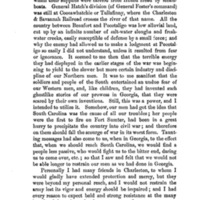 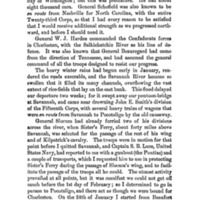 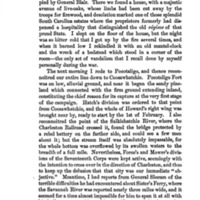 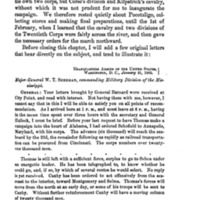