George Nichols, a lieutenant-colonel under Major-General William Sherman in the Union Army, provided an account of the opening march through the state of South Carolina in late January of 1865. At the start, the entry was quite docile. The discussion dealt with troop movements and weather conditions. Towards the end of the entry, though, Nichols iterated his disgust for the state of South Carolina, and wanting it to pay “principal and interest before we leave her borders,” for the war it started. The entry provided a clear account of how Union soldiers would treat South Carolina worse than any other state they marched through. While other states had seceded too, South Carolina was at the heart of the issue for many Union soldiers.  The main photo is of Union soldiers advancing in Salkehatchie, South Carolina.

George Nichols, The Story of the Great March: From the Diary of a Staff Officer, ed. Maurice Filler (Williamstown, Massachusetts: Corner House Publishers, 1984), 131-132.

January 30th-The actual invasion of South Carolina has begun. The 17th Corps and that portion of the 15th which came around by way of Thunderbolt Beaufort moved out this morning, on parallel roads, in the direction of McPhersonville. The 17th Corps took the road nearest the Salkahatchie River. We expect General Corse, with the 4th Division of the 15th Corps, to join us at a point higher up. The 14th and 20th Corps will take the road to Robertville, nearer the Savannah River. Since General Howard started with the 17th we have heard the sound of many guns in his direction. To-day is the first really fine weather we have had since starting, and the roads have improved. It was wise not to cut them up during the rains, for we can now move along comfortably. The well-known sight of columns of black smoke meets our gaze again; this time houses are burning, and South Carolina has commenced to pay an installment, long overdue, on her debt to justice and humanity. With the help of Go, we will have principal and interest before we leave her borders. There is a terrible gladness in the realization of so many hopes and wishes. This cowardly traitor state, secure from harm, as she thought, in her central position, with hellish haste dragged her Southern sisters into the caldron of secession. Little did she dream that the hated flag would again wave over her soil; but this bright morning a thousand Union banners are floating in the breeze , and the ground trembles beneath the tramp of thousands of brave Northmen, who know their mission, and will perform it to the end. 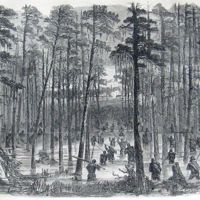 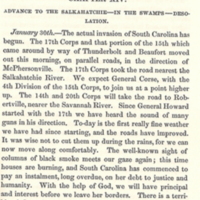 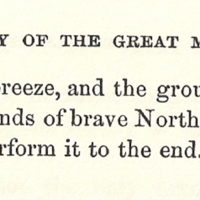