Henry Martin Tupper (1831-1893), an honorary discharge from the Union Army, was a very important figure in the education of blacks during the Reconstruction period of the Civil War because he funded Shaw University.

Henry Martin Tupper (1831-1893), an honorary discharge from the Union Army, was a very important figure in the education of blacks during the Reconstruction period of the Civil War because he funded Shaw University. When Henry Tupper arrived in Raleigh in October of 1865 he first set out to teach religion to the African slaves. When Henry Tupper began teaching the ex-black slaves, he noticed that they needed an overall education that went passed the spectrum of just religion.
In February of 1866, Henry Tupper educational vision became a reality. There was a clearing of land between Blount and Cabarrus Streets in Raleigh North Carolina. In this clearing a two story building was built that would soon become the Shaw building, the first building on the campus of Shaw University. When Henry Tupper devised the plan to establish Shaw University, he used the $500 dollars he had saved from his days as a Union soldier.
When the university finally became known as Shaw University in 1875, Henry Tupper became an even bigger contributor. In addition to being the founder of the university, Tupper now became an instructor and a top administrator of the school. In addition to these responsibilities Tupper was also the pastor to the church which was beside the Shaw building. While his duties as an instructor and administrator were getting praise, his preaching in the church that was part of the school was put in question.
In 1870, Henry Tupper was accused of defrauding the church. In 1875 the second Baptist church filed a law suit against Henry Tupper. After winning the law suit, Henry Tupper continued to oversee the evolution of the university and continued to fight for a higher education for African- Americans until his death in November of 1893. To honor his generous contributions and funding of Shaw University, school officials requested that he be buried on the campus grounds. 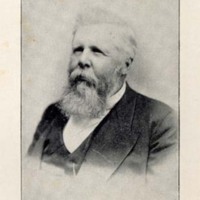