Major Peter Mallett was placed in charge of organizing, training, and deploying the men conscripted in North Carolina soon after Jefferson Davis signed the conscription act in April 1862.

Major Peter Mallett was placed in charge of organizing, training, and deploying the men conscripted in North Carolina soon after Jefferson Davis signed the conscription act in April 1862. He was born in 1825 to a prominent family in Fayetteville, North Carolina, and it is interesting to note that Mallett made his living before the Civil War in New York. There, working as a representative of his family, Mallett worked in the shipping trade, creating networks primarily between New York, Charleston, and Savannah. Mallett also served in the 7th regiment of the New York Militia, where he ultimately achieved the rank of lieutenant, which later became very valuable to his career in the Confederate Army. However, upon the breakout of the war, Mallett immediately abandoned his holdings, packed up his family, and returned to Fayetteville to form his own regiment of Confederate volunteers. When the Confederate congress passed the conscription acts in April of 1862, it was immediately recognized that a well organized and leading North Carolinian with military experience would be needed to ready the incoming troops for duty. Considering the time he had spent in the New York Militia, the regiment he had organized in Fayetteville, and the organizational abilities he had gained as a businessman in the shipping industry, Mallett was recommended for the job in North Carolina. Fortunate for him the existing military and militia organizations provided for quick and easy organization of both officers and conscripts. Ultimately, Mallett was able to organize one of the most well organized and productive draft systems of the Confederacy, which lead North Carolina to put at least twenty-one conscripts on the battlefield. Understanding both how Mallett came to control conscription in North Carolina and how he then moved to implement it, is very important to understanding how the war would both progress and be interpreted by North Carolinians before and after the war. 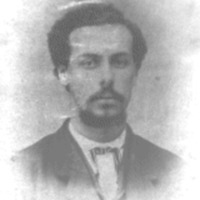