Jean Fagan Yellin is the most widely known and respected author when examining the life of Harriet Jacobs, a slave who authored her own life story in the book Incidents in the Life of a Slave Girl during the Civil War. Before Yellin, there was a fair amount of disbelief that Jacobs had actually written Incidents. Many critics believed that the book was merely a fictional story that was written by someone else. They believed this because the story did not yet have an author. It only had an editor by the name of Lydia Maria Child who claimed to know the author that called herself â€œLinda Brent.â€ Yellin, however, remained unconvinced. She wasd determined to find the necessary information and scholarship in order to provide a sufficient amount of evidence to prove Jacobsâ€™s story was in fact a true autobiographical work. Harriet Jacobs: A Life is the end result of over twenty years of diligent research and many long hours becoming familiar with the life of Harriet Jacobs. When asked why Yellin was so interested and complled to learn about Jacobs, she responded saying â€œher story is compelling. â€œShe is the only woman I know of who was held in slavery, who was a fugitive both in the South and in the North, an antislavery activist who wrote and published her life story and then, during the Civil War, went back south to worth with the black refugees behind the Union lines and report what she saw in the northern press.â€ (Yellin, xv) Yellin compiles her research of newspapers, letters, and other primary sources. With this writing, not only just Yellin convincingly prove Harriet Jacobsâ€™s autobiography, but she adds a significant piece of reliable scholarship to add to the life of Harriet Jacobs.

She did not know. Papa's pride, Mama's darling, Grandmother's joy -she did not know she was a slave. Not until she was six, and Mama died. And really not even then. But later, when she was willed to Little Miss, she had to find out. Hatty was a slave.

Harriet Jacobs was a born a slave in Edenton, Chowan County, North Carolina, in 1813, twenty-four years after the adoption of the Constitution had firmly established slavery in the newly formed United States. It would be seven years before slavery's spread into new states would be limited by the Missouri Compromise, and a half century before Emancipation. At her birth, there was no reason to think that baby Hatty would live out her life as anything but a slave-yet she not only freed herself and her children, she became an activist and an author, a runaway whose narrative of her life was championed by the abolitionists and feminists and was a weapon in the struggle for emancipation. During the Civil War she went back south, working as a relief worker and an advocate on an advocate on behalf of the black refugees behind the Union lines in Alexandria and later in Savannah, telling their story in the northern press. When racist violence engulfed the South, she retreated to Massachusetts and then to Washington, D.C., where she died in 1897. Harriet Jacobs was an heroic woman who lived in an heroic time. Committing herself to freedom, she made her life representative of the struggle for liberation.

Harriet Jacobs was born in Edenton because her grandmother Molly had been bought and brought there before the Revolution by a local tavern owner. Originally peopled by the Chowan tribe and settled early, Edenton was an important port from 1771 to 1776, when North Carolina was a British colony. Trade boomed: 828 ships cleared the port, a quarter of them bound for New England and nearly half for the West Indies. They carried exports from the pine forests-barrel staves, shingles, tar, and deerskins; from the farms-corn, cane, tobacco, cattle, and hogs; and from the water-fish. The largest imports were rum, molasses, salt, and linen. After the Revolution, however, prosperity ended. In 1783 a traveler, eyeing the derelict ships in the harbor, doubted that Edenton would ever reclaim its trade. "It appears that most vessels entering the Sound pass by the town." He was decidedly unimpressed by Edenton's inhabitants-"The white men are all the time complaining that the blacks will not work, and they themselves do nothing.... We lived at a regular tavern where...half a dozen negros were running about the house all day, and nothing was atended to, unless one saw to it himself." It was to just such an inn, Horniblow's Tavern, that the child Molly, Harriet Jacob's grandmother, was taken as a slave. 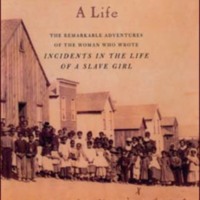