This is a book that was published in the early 20th century by a Union Civil War veteran who served in the 48th Regiment New York Volunteer.  This “Returned Prisoner of War” recounted his enlistment and service up until his capture by Confederate forces.  One of the battles which this soldier fought in was the Battle of Olustee in Florida.  He recounted the battle saying that he “received a bullet through [his] ankle, which obliged [him] to remain on the field,” where he crawled into a bush to hide from Confederates.  While hiding, he witnessed racial atrocities committed against wounded African American Union soldiers.  He recalled that “the wounded negroes [were] bayoneted without mercy.”  He went on to describe particular situations where violence was committed against both African American soldiers and their white commanders.  It was at this battle that this man was taken prisoner of war.  The remainder of the book described the harsh conditions in these prisons and he ends by saying that he feels “happy and thankful beyond expression that so many have survived the horrors of rebel prisons.”  This source provides a vital first-hand account of the racial atrocities that happened at the Battle of Olustee.

A Voice from Rebel Prisons; Giving an Account of Some of the Horrors of the Stockades, 1865, The Library of Congress, Internet Archive, accessed October 30, 2014, https://archive.org/details/voicefromrebelpr00bost. 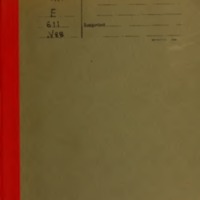