In his book entitled The Last Stronghold, historian Richard McCaslin provides a detailed and sound history of the rise and Fall of Fort Fisher. McCaslin delves into the history of the city of Wilmington with particular attention paid to the significance of the port of Wilmington. As described in The Last Stronghold, the port at Wilmington served as a safe haven for blockade runners, small ships and their crews charged with bypassing the Union blockade of the South and providing essential supplies to the armies of the Confederacy as well as citizens. By the beginning of the first Union assault on Fort Fisher in December of 1864, Wilmington was one of the only remaining ports available for the Confederates and was the primary source of supplies for eastern Confederate armies, particularly the Army of Northern Virginia under the command of General Robert E. Lee. As a result, Fort Fisher, the Confederate fort charged with protecting the port, was an essential asset of the Confederacy and thus a prime target of the Union. In his book, McCaslin delves into both the geography and social construction that made Wilmington and, by extension, Fort Fisher, essential pieces of both Confederate and Union strategy throughout the Civil War. In addition to geography, The Last Stronghold provides a sound account of both the first and second battles of Fort Fisher, a history of the construction of the fort, the composition and logistical accounts of the Union and Confederate forces, a brief biography of several key players such as Rear Admiral David D. Porter and General Braxton Bragg. McCaslin also takes the time to describe the aftermath of the eventual Union Capture of Fort Fisher. In The Last Stronghold, Richard McCaslin professes his belief that the fall of Fort Fisher was a significant turning point against the Confederacy in the Civil War, describing Fort Fisher as the “key to the defense of the last lifeline of the Confederacy” (McCaslin).

Recognizing the importance of Wilmington, Union blockaders sought to prevent ships from reaching the port since the summer of 1861, though to no avail. The first Federal ship, the Daylight, arrived in July 1861. This tiny vessel was soon disabled, but its place was taken by dozens of others as the North Atlantic Blockading Squadron developed. By December 1864, thirty-three warships patrolled at Wilmington, posted in a double semicircle at the mouth of the Cape Fear River to cover both inlets. They managed to capture an increasing number of blockade runners that tried to slip in or out of Wilmington, but many eluded them.

Lee declared in late 1864 that if Wilmington was closed, he would have to evacuate Richmond. Federal officials knew this as well, and they began planning to block permanently the inlets to the Cape Fear River. But to do so would require much more than sending additional vessels to patrol offshore. The river itself would have to be occupied, and the city would have to be taken. Until that time, the needs of the Confederacy and the desires of speculators would ensure that blockade runners would continue to steam downriver in the dark, probing the cordon of blockaders for a gap that would allow them to escape into the open sea. Others would continue to come from overseas, watching in the night for the signal lights for Fort Fisher, guardian of the last lifeline of the Confederacy. 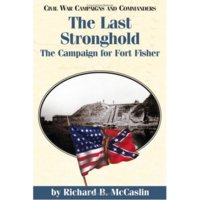