B. H. Liddell Hart is often considered one of the foremost mid-20th century scholars on military history. Hart died in 1970 but his books on military strategy and strategist remain popular among military historians. In his book Strategy (1960), Hart argues that the best approach to win is the indirect approach. Although Hart never truly defines the term indirect approach, he bases the tactic off militaries advancing along the line of least resistance. The idea is predicated on the belief that a long approach helps unbalance the opponent’s base. Hart largely places the importance on the leadership at the top, not the mass of the army. A key in the indirect approach is that an army is fluid and mobilized, which allows the commander to hit the enemy’s weakest points when available.

Within his research, Hart focuses on a variety of indirect approaches in the history of war. Hart starts his discussion in the first part with the Greek Wars and Roman Wars and advances to Medieval Wars then covers over 1,000 years to the American Civil War and just prior to World War I. The second half of the book focuses from World War I to the early 1950s. The major focus overall is on World War I and II. For this exhibit’s purpose, Hart greatly admires the approach taken by General William Sherman of the Union Army and his march through the South. Sherman was able to move fluidly throughout the South and always in position to defend against attacks against the Confederate Army, and hit at the Confederacy’s weakest points.

Some have criticized Hart for his lack of commentary on various successful direct approaches in war, which remains one of the main criticisms of Hart’s book. Another criticism that one may have is that Hart fails to list his sources or provide footnotes. This is frustrating for the reader if they wish to look up further information. Overall, the book provides an interesting view of the “indirect approach” in the history of battle over thousands of years.

After gaining Atlanta, Sherman took a risk greater than ever before, and for which he has been much criticized by military commentators. He was convinced that if he could march through, and ruin the rain the railway system of, Georgia-the 'granary of the South'-and then march through the Carolinas-the heart of the South-the moral impression of this invasion, and the stoppage of supplies going north to Richmond and Lee's army, would cause the collapse of the Confederates' resistance. 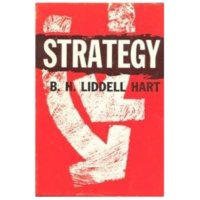