Loyalty to the Union

“I had been taught under the deep conviction of my judgment that there could be no reliable liberty of my State without the union of States, and being devoted to my State, I felt that I should desert her whenever I should aid to destroy the Union,” wrote Bartholomew F. Moore to his daughter during the secession crisis, just months before the Civil War began at Fort Sumter in April of 1861. Moore, a prominent lawyer, was considered a leading Unionist. Moore, like many other North Carolinians, wanted what was best for his state and that meant remaining in the Union that his ancestors had created through revolution. (Gibbons 1898, 77) Many North Carolinians believed in respecting and upholding the United States Constitution. The state’s residents did not think that the federal government was taking away their freedoms and rights. The North Carolina Standard stated on July 11, 1860, that “while her [North Carolina] rights as a slaveholding State have not always been as fully respected and maintained as they should have been, yet no deliberate wrong has been put upon her, and none of her vital interests have been assailed or threatened by the common government.” (Item 31) North Carolina respected the Union for this; while they knew that slavery was a contentious subject, as long as the government did not try to abolish the institution they would not be threatened in the Union.

Unlike the Lower South, Abraham Lincoln’s election in 1860 did not spark rage or talk of secession in North Carolina. While most North Carolinians, as citizens of a southern and Democratic state, opposed the Republican Party and its platforms restricting slavery, they felt that everyone should respect the President. The Republican Party was antislavery, but Lincoln did not announce a war against slavery in his inaugural address. North Carolinians, like President Lincoln, did not want violence and war; they wanted peace. North Carolinians criticized South Carolina and the other states (Mississippi, Florida, Alabama, Georgia, Louisiana, and Texas) that seceded prior to Lincoln’s inaugural address. North Carolinians knew that if those seven states had not seceded the South would still have had a representative majority in Congress and in the Senate. With this, North Carolina and the other southern states could have countered the power of President Lincoln and the Republican party. Since those seven states had seceded they “abandoned the Union--abandoned it selfishly and for no sufficient cause, and left us at the mercy, as they say, of a dominant sectional party,” as the North Carolina Standard put it. (Item 269) North Carolina’s citizens were probably more upset by the perceived betrayal of the cotton states than at the result of the election.

After his inauguration, President Lincoln attempted to appease the South. Lincoln, knowing the importance of slavery to the South, proposed a Thirteenth Amendment to the Constitution for ratification. This amendment would have forever protected slavery in the states where it already existed. Secessionists did not regard the amendment as sufficient because it did not protect slavery in the territories. By denying the expansion of slavery, secessionists thought Lincoln implied that the institution was immoral, and that Southerners, by extension, were immoral. Secessionists also believed that if the institution was confined to only southern states without any possibility of expansion, then slavery would slowly shrink until it no longer existed. (Bestor 1961, 117-80) Many of the Upper South states, such as Virginia, depended on selling slaves to the Deep South because generations of slave-based, plantation agriculture exhausted the soil. Southerners in the Lower South feared that they would soon become free states. (Deyle 2005, 37-38) For these reasons, North Carolinians likely would have accepted the proposed Thirteenth Amendment. This compromise would have not only made slavery perpetual, it would have eased the sectional divide and possibly kept a nation from Civil War. 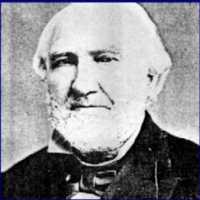 ← Introduction
Opposition to Secession →
Loyalty to the Union