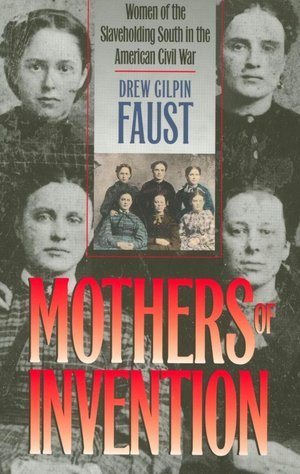 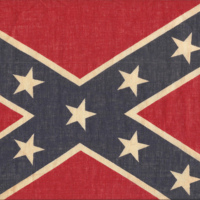 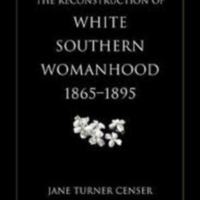 Catherine begins writing her diary in 1860, when the public tension between the North and the South emerges in her literary conscious and envelops her thought. The reality of the Civil War forces Catherine to develop an overwhelming patriotic ideology for the Southern cause, while at the same time placing her personal and emotional needs aside, which was never a part of her pre-war lifestyle. Elite white women of the South, before and after the Civil War, lived in a socially and racially, hierarchal society based on patrilineal gender expectations. Even though Catherine was in her late 30s, when writing her dairy, she nonetheless was raised in a Southern culture that embraced the female archetype of the proper, modest, and chaste “Southern Belle” [Item 496]. These expectations, however, carried over into Catherine’s war- time ideology of Southern womanhood as she adopts a more active, self-sacrificing and dutiful stand for the Confederate cause.

“The women many of them wept, sobbed, nay even shrieked aloud, but I had no tears to shed then. With the calm, stern, determined feeling I was them depart. The sentiment of exalted Patriotism, which filled my heart found no echo in Lamentations, no vents in tears. He is gone in the exercise of man’s highest & holiest duty!”[1]

The southern political realm was “regarded as a privilege and responsibility of men” [Item 57], but when the majority of the men left for war, Catherine found herself engaging and contributing in civil obligations, which in turned furthered her staunch Southern support. Throughout her diary, she criticizes the Federal government, Union Generals, Union sympathizers, while at the same time emphasizing Southern chivalry and the overall need for female support. On May 28th, 1861 Catherine wrote that “ Ideas in some Women’s heads are like old nails in a beam-break them off, drive them in, but pull them out never! When you think you have disposed of them they are as obstinate & rusty as ever” (Edmondston, 64). Even though Catherine’s public and private life began to converge, she understood the defined separate spheres of women and men, therefore her idealistic view on Southern womanhood ultimately bolstered the gender gap that was present way before the Civil War. To her, the war isolated cultural expectations of the courageous and honorable duties of the male Confederate soldier and self-sacrificing female domestic caretaker. She ultimately recognized her own power and value, within her gender sphere, in order to full-heartedly contribute to the Southern cause.

Catherine’s ardent support of the Confederate cause allows her to also take on the role of a public activist. She is able to utilize her elite status, plantation supplies, and her slave-produced cotton to mobilize and motivate groups of women to provide soldiers with uniforms, tents, flannel shirts, shoes, and caps. On October 24th, 1862, she stated that,

“ I can by using my table covers, scraps, of flannel, etc., manage to piece out six flannel shirts. Patrick will give cotton cloth from the plantation supplies or six pr of drawers & woolen cloth for six pr of platoons & six pairs of shoes, even if the old women who never go out sit by the fire & burn wood all the winter go without” (Edmondston, 282-283).

Throughout her diary, Catherine takes on this devoted nature that focuses primarily on the Confederate movement in the Civil War with interpretations of wartime events, such as the firing on the Star of the West, the Battle at Fort Sumter, General Lee’s march on Richmond, Lincolns Emancipation Proclamation, General Sherman’s campaign through the South, and the U.S. oath taken by the Confederacy after the war ended in 1865. She soon abandons her typical love of poetry and literary interest, at the onset of the Civil War, since her life in now consumed with the Southern war effort.  “Away with it! It no longer interests me! The time has passed!” (Edmondston, 58) However, as the war drags on, Catherine withstands the harsh realities of war and begins to shift her focus from the public events of war and enthusiastic faith to convey the emotional isolation and hardships endured, through the use of her poetry. Her journal entries and poetry, towards the latter part of her diary, serves as a cathartic and communicative tool, in which she express her deep emotional and psychological dissonance, that she has deeply repressed. Yet, her ability to express emotions through literary discourse allows Catherine to adhere to the female war-time expectations of suppressing public emotional expression.

In the Reconstruction era, Catherine is able to use her literary skills to portray her overall hatred of the “ barbaric” Union and maintains her praise for Southern chivalry and manner. In 1872, Catherine anonymously published a 40 page pamphlet known as the Morte d’Arthur: Its Influence on the Spirit and Manners of the Nineteenth Century (Item Epilogue 732). Catherine criticizes the “barbaric” conduct of the Union Army and compares it to the “ Chivalry and Good Manners” of the Confederate Army. (Item Epilogue 732). Overall, Catherine’s evolved loyal patriotism, public activism, and literary expression helped to shape her ideal public and private function in a Southern society after the Civil War. She maintained her pre-war elite, white female duties of Southern womanhood that unavoidably fulfilled Southern gender expectations, however Catherine’s acknowledgment of her public and emotional responsibility, within her gender sphere, greatly expanded due to the Civil War situation at hand.