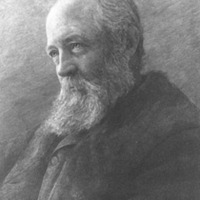 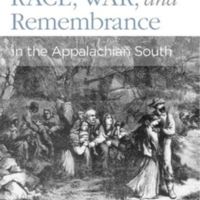 Finally we will review an outsider’s perspective.  As John Inscoe notes in Race, War, and Remembrance in the Appalachian South, “Outsiders provided among the richest primary sources for scholars of the antebellum South.” (Inscoe 65)[11]  Born in Connecticut, Fredrick Law Olmsted was definitely an outside source.  Better known for his career as a landscape architect and environmentalist, he spent some time in his earlier years traveling throughout the South as a journalist.  It was during the summer of 1854 that he traveled through the Appalachian Mountains, documenting some of the most unbiased and revealing information of these unique people that we have been examining.  Olmsted traveled through an area in the South where the population of slaves was equivalent to ten percent of the people residing there, as we already know was the case for almost every county in the western part of the state.  Olmsted thought that due to the absence of slavery in the area, the people were much more cheerful, sociable, and liberal. (Inscoe 67-68)[12]  These are all characteristics that the common person of the time would not have associated with people of the Appalachian Mountains due to the stereotypes.  During his time in the region Olmsted stayed with both slaveholders and non-slaveholders.  The non-slaveholders were much more abundant and overall he claimed lived happier lives than their slaveholding neighbors.  Clearly these are people who though very poor, had lives of abundance in other ways.  They had family and community ties which did not exist in other parts of the South.

According to Olmsted, concerning the issue of slavery, he found it was extremely difficult to pinpoint a single feeling toward slavery held by a majority of the mountain people; however, there seems to be a common theme of contempt for slaveholders in the mountains but not for those who held slaves in the east.  Plantation slaveholders in the east were generally thought by the mountain people to use their power, attained through slavery, to dominate the political scene. (Inscoe 71)[13] It appears that those in the mountains did not oppose slavery for its inhumane conditions, but because it elevated a higher class.  Something poor whites in other parts of the South failed to realize.  We see how the mountain people were far from ignorant, they understood, better than most, the class implications slavery embodied.

In some of Olmsted’s writing, he mentions some of the encounters he had with mountain men.  One whom he assumed was very religious and spent time in the states senate or house due to all the books on law and religion that were seen throughout his house, adamantly opposed slavery.  When Olmsted asked him about slavery the man replied, “They were horrid things, he thought; he would not take one to keep it if it should be given to him.

‘Twould be a great deal better for the country, he believed, if there was not a slave in it. He supposed it would not be right to take them away from those who had acquired property in them, without any remuneration, but he wished they could all be sent out of the country — sent to Liberia.”(Olmsted)[14]

This shows that the man opposed the institution of slavery but not that he was tolerant of the African race.  Situations such as this show how different opinions could be.  The man went on to say that he thought slavery was a, “curse to the country.” (Olmsted)[15]  Later that day Olmsted encountered three men whom he stated, “were of the poorest class.”  One said to Olmsted,

“We are all poor folks here; don’t hardly make enough to keep us in liquor. Anybody can raise as much corn and hogs on the mountains as he’ll want to live on, but there ain’t no rich people here. Nobody’s got any black ones — only three or four; no one’s got fifty or a hundred, like as they have down in the East.”

Olmsted in his writing stated that these men resent slavery not because of its inhumane aspects imposed on other human beings, but because it creates a monopoly for slave owners. (Olmsted)[16]  If anything, Olmsted’s experience in the Appalachian Mountains shows that mountain people were definitely different from their neighbors in the eastern part of the state.  Though the majority of them opposed slavery, they were far from abolitionists.  There reasons for despising slavery appear selfish, yet who could blame them?  Residents of this area already felt that they were not on a level playing field with other whites in the state; one could see why they would despise blacks attaining their own status.  Though it would have been to the benefit of poor whites not just in the mountains, but throughout the South, to embrace African Americans in order to collectively attain certain rights, history reveals timid poor white Southerners to be just as racist as the rich for the benefit of a slightly higher socioeconomic status than blacks.