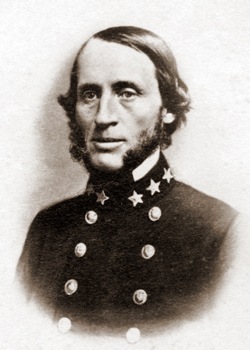 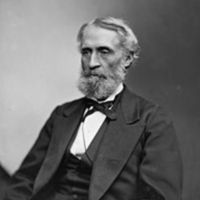 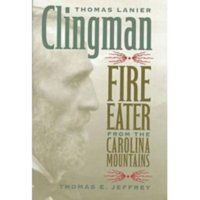 Thomas Lanier Clingman was extremely active in politics during the years leading up to the Civil War.  He was born in Huntsville and studied law at the University of North Carolina at Chapel Hill.  He settled in the Asheville area in 1836.  By examining his stance on certain issues of the time, perhaps we will gain a better understanding of the unique views held by the people he represented as well as views of the upper class in this region.  Clingman was an intriguing figure due to the fact he supported efforts to maintain the Union, yet he was a strong advocate for Southern rights.  Only when secession was inevitable did he fully support the Confederacy.

In a letter to The North Carolina Land Company, Clingman recognizes the scarcity of slaves in the region.  He talks of how the price of the land there is good.  In closing he state that the wealthy can find leisure there and the industrious can make a living. (To the North Carolina Land Company, 124)[1]  this shows that that politician is not out of touch with the actual amount of slaves in the area.  He recognizes that the people he represents aren’t completely engulfed with the institution as other areas in the South are, and that the majority of them are independent (industrious).  Most importantly, his statement on how the industrious could make a living proves that he is not out of touch with the people he represents.  He definitely possessed a good understanding of his constituents and was aware that these mountain-people were self-sufficient, providing for themselves and their families.  Certainly growing up in the area gave Clingman a connection with the people he represented and an apprehension of how these people lived even if he held a different economic status than most of the people he served.  The lives of these people would continue with or without a class of slave holding elite for they were self-sustaining and dependent upon their own work.

Later, in a speech he gave in the House of Representatives, Clingman talks of how slavery was a strength of he South and that the South was more prepared than anywhere else for a time of war, for slavery allowed them to hold one sixth of the male population constantly in fields.  He claimed that the North would be crazy to attack the South so Southerners should not fear the North.  He continued by saying,

“But this government was created to wage no such war against us.  It was made by the states for their protection, and that of their existing institutions.  They intended to invest it with no powers to destroy their existing state of society or to form revolutions among their inhabitants.”(Speech 278)[2]

This clearly shows that although of a more wealthy class than many inhabitants of the mountain region, Clingman held some of their same views on Unionism.  He denies that the Southern states had a right to secession and states that the government will protect the existing institutions (obviously referring to slavery).  This also shows however, a connection Clingman felt to other parts of the South outside of his region.  Supporting slavery like he did, shows that there was an obvious connection with the upper class.  The speech seems geared to more radical members of the house in order to lighten some of the intensity and hostility that existed between Northern and Southern members of government during this time.  In the same speech he also states that he feels as if the national government has overstepped its bounds concerning the issue of slavery.  Here we see the real complexity of Clingman’s ideology.  He was not opposed to slavery by any means but he firmly stood against secession.  He did not support the Confederacy until it became inevitable that North Carolina would secede.  Only then did he decide to join the Confederate army.  In fact he claims his allegiance to the Union up to the eve of North Carolina’s secession as he claims in a speech on February 4, 1861,

“I myself regularly voted with the honorable Senator from Kentucky…for his proposition to compromise existing difficultie; and I shall continue to vote for any measure that may improve the existing status. (Speech 528)[3]

This shows how adamantly Clingman supported Union.  A sentiment probably held by many residents of the western part of the state.  Yet when the time came, Clingman joined the Confederacy.  Whether for love of his state or love of slavery is hard to say.  I would assume that it was a bit of both.  There seems to be a correlation between wealth and support of slavery regardless of how much of a role the institution actually played in one’s life.  Clingman recognizes that his constituents could care less for slavery, but at the same time he felt connected to the institution and was an advocate for it.  I believe that in the western part of the state, wealth would be a significant indicator of one’s political beliefs and ideology.  Not being around slavery led the poorer class to feel no connection with the institution.  Clingman on the other hand interacted with the upper-class constantly due to his involvement in politics, therefore influencing his views on the institution as I am certain it did other wealthy mountain-men as well.  Clingman, as a good politician, understood his constituents yet also realized his connection with the upper class throughout the South.

The question remains, how accurately do Clingman’s views represent those of his constituents?  Like the poorer, more isolated mountaineers he was pro-Union while at the same time he wanted to protect the institution of slavery.  It becomes obvious, as we will soon see through an examination of the lower class in the mountain region, that any division on the issue of slavery came about due to class reasons not for the moral aspects of the institution.  Clingman was a politician, he knew the views of his constituents yet he also knew the right things to say during certain situations and he knew where power was held.  Who could deny his support for the Confederacy sine he joined the Confederate army?  At the same time, who can say he was not in tune with the people that he represented by his support of the Union until secession?  It is also important to note that many of the more isolated mountaineers probably didn't vote at all nor was it likely that they knew who Clingman was.  However, Clingman is known for not backing down to Eastern politicians in the state of North Carolina, and often times took stances that put him in bad graces with Eastern politicians.  This examination of Clingman proves that socioeconomic status appears to be a more accurate indicator of where one’s beliefs and ideologies were formed.  Clingman’s views represented what many others thought about joining the Confederacy.  They were apprehensive.  On the issue of slavery, Clingman had much different views.  It is becoming more obvious that one’s status from a socioeconomic perspective was a better representation of ones beliefs than a geographic interpretation.  Clingman sided with slaveholders for the connections with the upper class that went along with them, that is also why he supported the Confederacy when secession became inevitable.  Yet he was a good enough politician to side with his constituents on some issues.

[2] Thomas L. Clingman, “Speech on the Future Policy of the Government, Delivered in Committee of the Whole of the House of Representatives, 15 February 1851,” Selections From, Raleigh North Carolina.

[3] Thomas L. Clingman, “Speech on the State of the Union, Delivered in the Senate of the United States, 4 January, 1861,” Selections From, Raleigh North Carolina