RobertFogel and StanleyEngerman,Time on the Cross: The Economics of American Negro Slavery(1995)

Eugene Genovese, The World the Slaveholders Made: Two Essays in Interpretation (1988)

Item number: 842. Eugene Genovese, The World the Slaveholders Made: Two Essays in Interpretation 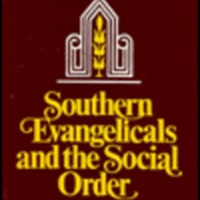 The words used in Ruffin’s drafts show that he was conflicted in his decision. While he saw slavery as a necessary evil in society at that time, he still disliked the brutal treatment of slaves. His position as a judge forced him to interpret the law as stated. He realized that meant that he must rule that owners must have full power over the slave. Ruffin hoped that while he as a judicial representative could not do anything to decrease slave brutality, other factors outside the law would.

One way that Ruffin saw as an avenue for decreasing brutality was through an economic incentive. Slave owners owned slaves because they were able to use them to make money. Any sort of action that would cause them to lose money or reduce their profits would be unwanted.  Economists and historians Robert Fogel and Stanley Engerman presented the idea that it makes economic sense for owners to keep their slaves safe and properly nourished (Fogel and Engerman 1995, 209-223). A healthy slave could do more work than an unhealthy one could. With this logic, a slave owner would do whatever possible to keep their slaves in good health. This would include avoiding renting them out to people who are known to harm slaves. If an owner knows that a potential renter may cause harm to his property, it makes economic sense for the owner to either not rent the slave out to this individual or to charge a higher rate.

Slave owners may have had some sort of affection to some of their slaves. It can be assumed that slave owners had slaves that they favored over others. Historian Eugene Genovese presents the idea of sentiment towards slaves that a master has owned for a long time. A master who has seen a slave grow up from an infant to an adult is less likely to harm the slave than someone who has rented the slave (Genovese 1988). Along with slave sentiment, society can dictate what acceptable behavior towards slaves is. Unwarranted brutality would be looked down upon by society and since slave owners were usually upper-class, they did not want to look bad in society. This argument has faults because renting out slaves was a common practice. It is possible that an owner would not rent out his favorite slave because he wanted to keep the slave for his own benefit but slave owners were ultimately more concerned with making money instead of personal relationships, especially with a slave. Also, since masters were part of the upper-class of society, they were used to receiving respect from people. It didn’t matter how much history a owner and slave had, if he was disrespected he would get his revenge at the expense of the slave.

One of the more powerful vehicles for curtailing brutality could come from a higher power: religion. According to pro-slavery religious ideology, the Bible ordained slaveholding and to condemn it would go against God’s will. Historian Anne C. Loveland says that by the 1820s, leading religious denominations agreed not to fight slavery as an institution but instead expect exemplary behavior by the masters. By focusing on the actions of masters, religious pressure could be used as a vehicle for curtailing brutality (Loveland 1980).

While Ruffin may have believed that there were other ways to decrease brutality besides through the court, Judge James Wynn Jr believes that Ruffin made his decision based on judicial choice instead of judicial duty (Wynn Jr. 2009, 3-4). Wynn says that at the time, North Carolina precedent provided grounds to disclaim a master’s absolute authority over his slave. He says that the Hale Court and North Carolina Common Law were precedents that Ruffin could have used to reach another decision (Wynn Jr. 2009, 4). Wynn believes that Ruffin decided on his own which precedents to follow and which ones to ignore. Wynn says that Ruffin should have focused on the violent behavior involved in the case, regardless of the identity of the victim. To support evidence of this, Wynn points out a case that came five years after State v. Mann where Ruffin concurred with Judge Gaston in favor of a slave that killed his master in self defense. This concurrence contradicts his ruling in State v. Mann and shows that he acknowledged that there was precedent that allowed an alternative result.