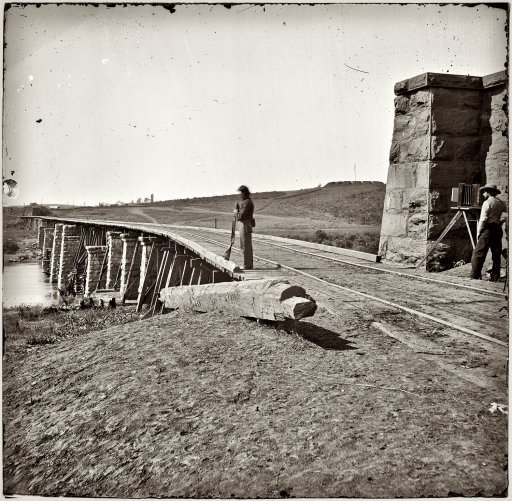 This section is dedicated to the distinguishing characteristics of Thomas' Legion. It illustrates the advantages that the regiment enjoyed as well as the disadvantages they had to endure. This section explains the key attributes that set the regiment apart from most others in the confederacy.

Thomas’ Legion began with a rough start, they were sent to an outpost in the Strawberry Plains, an area in the region that Chief Thomas was concerned about they ran into bad luck. One of the difficulties specific to Thomas’s Legion was a special concerns over disease. The Cherokee members immediately came down with the measles and then the mumps after arriving to the Strawberry Plains. vi Aside from the bumpy start, Thomas’ Legion would go far in the war, it would inspire men, and intimidate the enemies of the confederacy.

An important aspect that distinguished Thomas’ legion was its unique situation as a nearly independent force. Originally, Thomas’ legion was not to be attached to a confederate brigade, but as the Cherokee and Highland fighters proved themselves useful in a territory infamous for deserters, there was a change in policy and William Holland Thomas lost command of many of his troops. In addition, the legion, which was composed of many Indian fighters, had additional reasons for fighting. The Southern patriots fought for States rights, the men invested in the slave trade fought for the future of slavery, and the men uninterested in the war fought to avoid ridicule, the Indian fighters fought to for Thomas and all the things he had done for their tribes. It is not unlikely that many of the Indian fighters hoped that their service to the confederacy would also be rewarded with citizenship status.

The above mentioned loyalty of the Legion was almost mythic. A special aspect of Thomas’ legion was the loyalty of the Cherokee fighters to William Holland Thomas, not to the confederacy; the Cherokee fighters did not really trust the State. The Cherokee recruits trusted and were loyal to William Holland Thomas and a select number of other military commanders, like William Stringfield. According to Thomsen, Confederates marveled at the loyalty that the Cherokee soldiers showed to Chief Thomas. One report records that one Cherokee soldier remained still on watch for 14 hours through a snowstorm. Others remembered how the Cherokee petitioned the governor of North Carolina for the release of Chief Thomas when the Colonel was being tried for his lenient treatment of confederate deserters. This strong bond that the Cherokee held to Thomas was even known by the Union forces. In one famous instance, a number of the Legion's Cherokee fighters were captured by Northern forces. The story goes these men were offered a great reward if they were to return to their camp and bring back the scalp of William Thomas. The Cherokee fighters agreed to this arrangement, but upon their return to their comrades, the men immediately told Thomas of the bounty on his scalp. [vi] vi

Thomas’ legion had a successful fighting style that helped it remain intact throughout the war. Though guerilla fighting was commonplace, it was a special matter with William Holland Thomas and fellow officers of the Northwest south. Familiarity with mountainous environments and the advantage of mountain fighting gave Thomas’ legion a valuable advantage in battle. Had the Cherokee recruits been sent to the swamps of Eastern Carolina as Jefferson Davis had originally hoped, they would not have been as an effective fighting force because they would have been in unfamiliar territory. With the environmental familiarity, Thomas' Legion was elusive to Union forces.

Something that made William Holland Thomas stand out from others was his reaction to deserters. His leniency with deserters got him in trouble with his commanders, it was only by the grace of Jackson Davis that Chief Thomas didn’t get punished in the military courts. While most Colonels severely punished deserters, William Holland Thomas was known to take back deserters, with no questions asked, and in less dangerous positions. In other words he was willing to recruit soldiers that fled to do other services that were not combative. For instance, if he knew a deserter had experience as cobbler, he might set him to repair boots as opposed to defend the front lines.

Finally the aspect that really separated Thomas’ legion was their infamy among other soldiers. Soldiers, Unionist and Confederate alike were frightened of the Indian regiments. Unionists feared them as enemy combatants, and Confederate feared them as soldiers looking for deserters. William Holland Thomas knew that the Cherokee battalions commanded this effect of xenophobia and he was saddened by it, though he did not fail to see the tactical advantage of fear.