The correspondence took place between General William Sherman of the Union Army and a Mr. Sutton and other local farmers in Moseley Hall, North Carolina, near Goldsboro on April 4, 1865. The request came from Mr. Sutton because when Sherman and his men entered North Carolina, Sherman issued Special Field Orders, No. 56 on March 8, 1865, which called for the killing of all surplus animals in North Carolina. In Goldsboro, Shermanâ€™s army killed over 100 horses, which scared many farmers who depended on the animals to carry out their farming duties. Although Sherman felt sympathy for Sutton and other farmers, he believed the animals had to be killed to cripple the Confederate home front and end the war. The killing of the animals was a military strategy for Sherman. For farmers, like Sutton, it was very personal and threatened their ability to survive. The main image is of William Sherman.

HDQRS Mil. Division of the Mississippi,
In The Field
April 4, 1865
Goldsboro, N.C.

Gentlemen:
I cannot undertake to supply horses or to encourage peaceful industry in North Carolina until the State shall perform some public act showing that, as to her, the war is over.
I sympathize with the distress of families, but cannot undertake to extend relief to individuals.
With respect, your obedient servant, 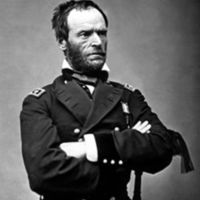 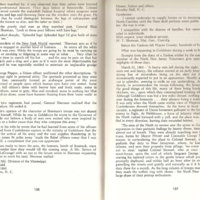