Catherine Ann Devereux, daughter of a wealthy plantation owning family of Halifax county, North Carolina, who transcribed her experience as a Southern woman in the Civil War era between 1860-1866. Her diary ultimately sheds light on plantation life and the transformations of her female responsibilities both domestically and emotionally, while at the same time revealing the social, familial, and public dissonance that evolved from the Civil War. This intimate account conveys the adaptive reality that many women of the Civil War era encountered.

Catherine Ann Devereux was one of six children born in 1823 to Thomas Pollock Devereux and Catherine Ann Bayard Johnson. She was raised in a wealthy plantation owning family where she received a private education from her father. Once married to Patrick Muir Edmondston, of Charleston, SC, in 1846, they inherited two plantations, Looking Glass and Hascosea, in Halifax County, NC, where most of her journal entries take place. Catherine began writing her journal in 1860 and documented significant events throughout the Civil War, such as the secession of South Carolina from the Union, the election of Abraham Lincoln, Sherman’s March, and the Southern Reconstruction efforts, while at the same time providing a Southern interpretation through a female viewpoint (Item 47)

In the midst of the Civil War, Catherine's family divisions emerged as her parents and sister remained Unionist, while her and Patrick were devoted to the young Southern nation (Item 57). Her staunch support for the Southern cause led her to become involved in local affairs. She was able to utilize her social status to organize groups of women to produce uniforms and provide tents (Item 57). One of the main focal points of her journal is her husband’s contribution to the Scotland Neck Mounted Riflemen and the North Carolina Calvary. Her diary reveals the emotional toll that the war had on personal relationships, as well as the transformation of the domestic responsibilities of Southern women while their men were away at war.

The rapidly deteriorating economic condition of the South and the obligations of the house, including the slaves, challenged Catherine’s previous responsibilities and ultimately forced her to adapt to self-sufficiency. Emancipation of slaves leads to a state of confusion for Catherine, while she attempted to keep the racial and social divisions intact. As the war came to an end, Catherine never reconciled her support for the Southern cause and maintained an overall hatred of the North. Patrick Edmondston died in 1871, while Catherine died four years later in 1875. They are both buried at the Trinity Church in Scotland Neck in North Carolina (Item 47). Her interpretation of the Civil War has provided not only a female perspective but also reveals the reality of the social, economic, and political atmosphere of North Carolina and the South.

Faust,Drew Gilpin. Mothers of Invention:Women of the Slaveholding South in the American Civil War.Chapel Hill:The University of North Carolina Press, 1996. 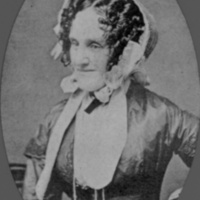