Lewis B. Banner (1805-1883), moved to Watauga County, North Carolina in 1856. During the Civil War, he helped Union soldiers who escaped captivity in the rebel army, and men avoiding the Confederate draft flee into Eastern Tennessee and Kentucky. When he was not guiding these men across state lines, he provided food and shelter for them while they waited for their guide.

Lewis Bitting Banner was born in 1805 in Surry County, North Carolina. In 1856, Lewis B. Banner, his wife Nancy Meadow Flipping, and their seven children moved to Watauga County, North Carolina where their eighth child was born. He bought two hundred acres along the Elk River in what would be Avery County today. In 1860, people referred to that piece of land as Bannerâ€™s Elk.

Lewisâ€™s main occupation was tanning animal skins and hides. When he moved to Banner Elk, he built his own tannery along with a house for his family, and several homes for his slaves. He owned seventeen slaves at the beginning of the Civil War. His slaves were known to be very devoted and loyal to him because he treated them well. When the war was over, he not only granted them their freedom, he bought land for them to live on and they continued working for him.

During the Civil War, three of Lewisâ€™ sons, William Durritt, Samuel Henry, and Joshua Albert, fought for the Union army. Even though Lewis was living in North Carolina at the time, he consistently supported the Union cause. He defied the Confederacy by assisting in the Underground Railroad for Union soldiers who were escaped prisoners of the Rebel army, and men fleeing Confederate enlistment. Other supporters like Daniel Ellis, Keith and Melinda Blalok, and Harrison Church were also involved. Local residents led these escapees through Blowing Rock, over Grandfather Mountain, and into Banner Elk. From there, one of the guides previously mentioned would guide them to safety into Kentucky and Tennessee. Whenever Lewis was not the guide, he would feed and shelter the soldiers until their guide came along. A laurel thicket by the river was coined the Land of Goshen, after the biblical region by the Nile River in Egypt that served as a haven for the Israelites until the exodus. Many escapees hid in the thicket for protection. In January 1865, the Union army began a raid on the Confederate Home Guard Camp along Cove Creek in Sugar Grove. After the Unionists captured the 11th Battalion North Carolina Home Guard, they returned to Banner Elk with their prisoners and stayed nearby until they sent the prisoners into Tennessee.

During reconstruction, Lewis served in the North Carolina Legislation. In 1883, Lewis B. Banner passed away. He is buried in the Banner Elk Community Cemetery along with several of his former slaves. 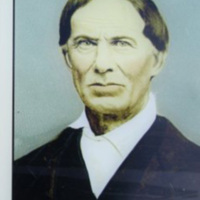