At a meeting of the people of Little River District, Wake County, Held at Rosenburg on the 24th July, on motion of B.T. Strickland, Dr. G. M. Cooley was called to the chair, and Harrington Daniel was appointed Secretary.  On motion, B.T. Strickland, A.R. Horton, and H. Daniel were appointed a committee to report resolutions.  The committee soon after reported the following resolutions through their chairman, which were unanimously adopted:

Whereas, The time has arrived when people of North Carolina should watch their own rights and interests with a jealous eye; and Whereas we, a portion of the people, have thought proper to meet together to express our views in relation to the policy pursued towards this State by the Confederate government, and to take a position in the defense of our liberties . . . against kings abroad or tyrants at home.  Therefore-

Resolved, That the course of the administration at Richmond towards North Carolina has been anything but fair.  While she has put more men in the field than any other State according to population, and while her sons have every where fought and charged the enemy with unsurpassed courage, she received but little credit for valor or patriotism, and has fewer Generals than any other State to command her troops.  Our people have long complained of this injustice, but thus far their complaints have been disregarded.

Resolved, That North Carolina has men as well qualified to examine and enroll her conscripts as can be sent here from the City of Richmond; and the course pursued in this respect towards the State is an insult to the intelligence of her people.

Resolved, That the President having called upon the Governor of the State for more troops, we deem the call unjust until other states have furnished their quota…

Resolved,  That it is a great crime . . . to conceal the truth from the people.  From the beginning of this war until the present enemy has gained slowly but surely upon us, but for the extraordinary courage of our troops, their flag would long since have floated from all our capitols.

Resolved, That we favor a proposition of peace to the enemy upon such terms as will guarantee to us all our rights upon an equality with the North; and if such a proposition should be made to and rejected by them, we would be willing to die to the last man upon the battle-field in defense of those rights and that equality.  We feel that it is time to consult reason and common sense, and to discard prejudice and passion.  The people must look and act upon things as they are.

Resolved, That peace cannot be reached merely by fighting.  This, we think, is now apparent to all.  The birth of a nation is a great event, and so is the decay and death of a nation.  Unless Providence should smile upon us-and see no indication that He will-the war will on until one side or the other shall conquer. 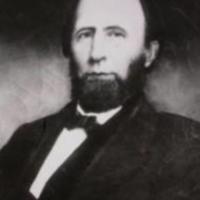