General Oliver Howard, of the Union Army, issued his Special Field Orders No. 69 just before his men entered the city of Goldsboro. As his men prepared for Goldsboro, they had just come off two of their must deadliest battles, Averasboro and Bentonville, since they started the march from Atlanta, Georgia. As Item 383 described, the men were in rugged condition and lacked many necessities. In order 69 Howard laid out the general strategy for the march towards Goldsboro and the movement Union General Francis Preston Blair would take to reach Goldsboro. An important part of the order comes in the second assignment. Although Howard and his men had just fought and needed supplies, Howard restricted the liberal foraging policies that existed most of the march. He dismounted all non-essential personnel, particularly bummers who wreaked the most havoc on Confederate citizens. Howard’s actions occurred because Goldsboro possessed a railroad connection that allowed for Sherman and his men to resupply their necessities. The foraging expeditions for the Union were for war, a tactical operation necessary to supply the soldiers, that was needed less because of the railroad connection in Goldsboro.

Heaquarders Departmen and Army of the Tennessee

I.  The command will move tomorrow to Goldsboro.  The Fifteenth Army Corps, Maj. Gen. John A. Logan commanding, will move upon any route or routes, avoiding the river road, and cross the Neuse River east of the Wilmington and Weldon railroad.  The Seventeenth Army Corps, Maj. Gen. F. P. Blair commanding, will move away by the river road and cross the river west of the railroad.  The Army of the Tennessee will take up a strong position beyond Goldsboro, covering the town to the east of the Wilmington and Weldon Railroad, the Fifteenth Army Corps on the right and the Seventeenth Army Corps on the left, and will immediately intrench their positions.  In order to afford ample room, about two-thirds of each corps will be placed in the front line.  A staff officer from each corps headquarters, to whom the positions will be appointed, will accompany the general commanding to-morrow.

II.  The present foraging system is hereby abolished.  Every person not entitled to be mounted will be dismounted and all horses and mules turned over to the corps quartermaster.  Foraging on the country from Goldsboro will be done by regiments or brigades, with officers present.  These will be regularly detailed by corps or division commanders.  The engineer regiment and other detachments may send details, never less than two companies, with their regular officers, and these will attach themselves, when practicable, to regular detailed foraging regiments or brigades, and the officer in charge will always have written authority.  The division commander will always make special provisions for his artillery by attaching its foraging details to a regular party. 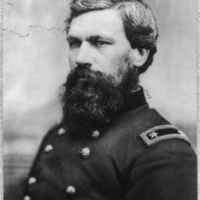