General William Sherman of the Union Army wrote Special Field Orders No. 55 a day after he entered the city of Raleigh, North Carolina on April 14, 1865. Although peace neared and Sherman knew it, he still had to make plans to follow Confederate General Joseph Johnston if he continued to head west. General Sherman addressed four of the major generals that carried out orders for him, Hugh Kilpatrick, Oliver Howard, John Schofield, and Henry Slocum. Sherman greatly curtailed his armyâ€™s destructive patterns as he ordered, â€œno further destruction of railroads, mills, cotton, and produce, will be made without the specific orders of an army commander.â€ Even foraging was restricted to not, â€œstrip the poorer classes too closely.â€ The hard war tactics that Sherman consistently carried out through his march in South was at its smallest level, as the war wound down and the harsh tactics once needed had greatly diminished. The image is of the Richard B. Haywood House that stands at 127 E. Edenton Street in downtown Raleigh today. The home was built in 1854 and was occupied by Sherman and his generals as they stayed in Raleigh.

HEADQUARTERS MILITARY DIVISION OF THE MISSISSIPPI IN THE FIELD,

The next movement will be on Ashboro', to turn the position of the enemy at the "Company's Shops" in rear of Haw River Bridge, and at Greensboro', and to cut off his only available line of retreat by Salisbury and Charlotte:

1. General Kilpatrick will keep up a show of pursuit in the direction of Hillsboro' and Graham, but be ready to cross Haw River on General Howard's bridge, near Pittsboro', and thence will operate toward Greensboro', on the right front of the right wing.

2. The right wing, Major-General Howard commanding, will move out on the Chapel Hill road, and send a light division up in the direction of Chapel Hill University to act in connection with the cavalry; but the main columns and trains will move via Hackney's Cross-Roads, and Trader's Hill, Pittsboro', St. Lawrence, etc., to be followed by the cavalry and light division, as soon as the bridge is laid over Haw River.

5. All the troops will draw well out on the roads designated during today and to-morrow, and on the following day will move with all possible rapidity for Ashboro'. No further destruction of railroads, mills, cotton, and produce, will be made without the specific orders of an army commander, and the inhabitants will be dealt with kindly, looking to an early reconciliation. The troops will be permitted, however, to gather forage and provisions as heretofore; only more care should be taken not to strip the poorer classes too closely. 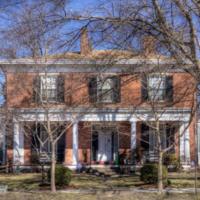